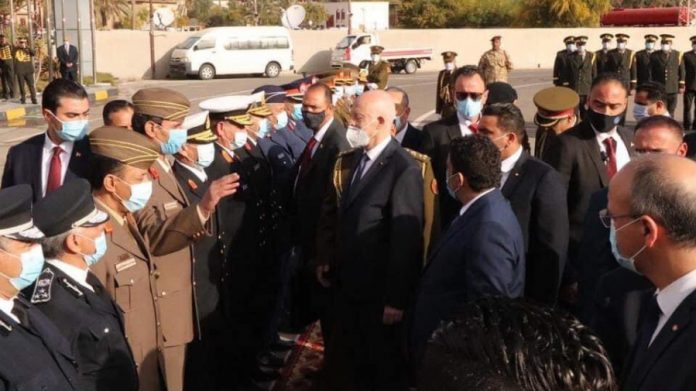 President Saïed was welcomed at the airport by Chairman of the Presidential Council (PC) Mohamed al-Manfi and PC members.

The first such visit since 2012, falls within Tunisia’s support to the democratic process in Libya and the commitment to establishing new traditions of consultation between the leaders of both countries, according to a statement from the Tunisian Presidency of the Republic.

The visit is also an opportunity to set new visions that will consolidate the process of distinguished cooperation between Tunisia and Libya and lay the real foundations of comprehensive solidarity that meets the legitimate aspirations of the two brotherly peoples for stability and development, the statement added.

It is worth mentioning that Tunisia hosted the first meeting of the Libyan Political Dialogue Forum (LPDF) from 9 to 17 November 2020. The recommendations of this meeting had a positive impact on the progress of the process of political resolution of the Libyan crisis.