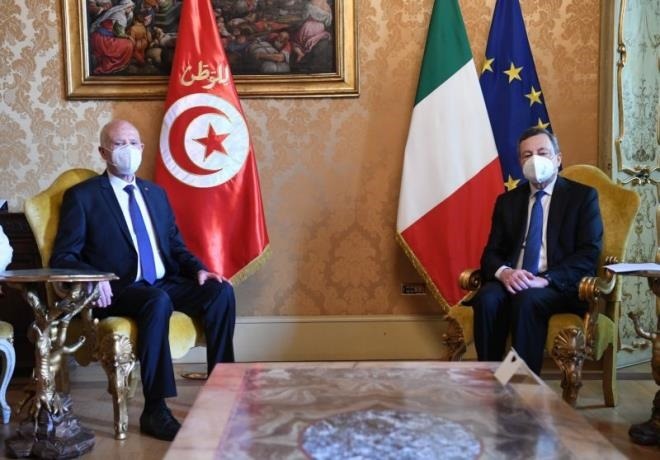 During the meeting, they reiterated the common will to strengthen and diversify the partnership between Tunisia and Italy, and to work on improving the business climate to attract more foreign investments.

Referring to the issue of irregular migration, President Saied called for the adoption of a global approach that is not limited to the security dimension, but rather be able to deal with all forms of human trafficking on both shores of the Mediterranean.

For his part, Prime Minister Draghi reaffirmed Italy’s support for the democratic transition process in the North African nation. He also expressed his willingness to help Tunisia to benefit from funds provided by the European Union and international donors to finance its development programs.

Italy is also ready to strengthen the partnership with Tunisia in the economic and commercial fields as well as in migration, he added.