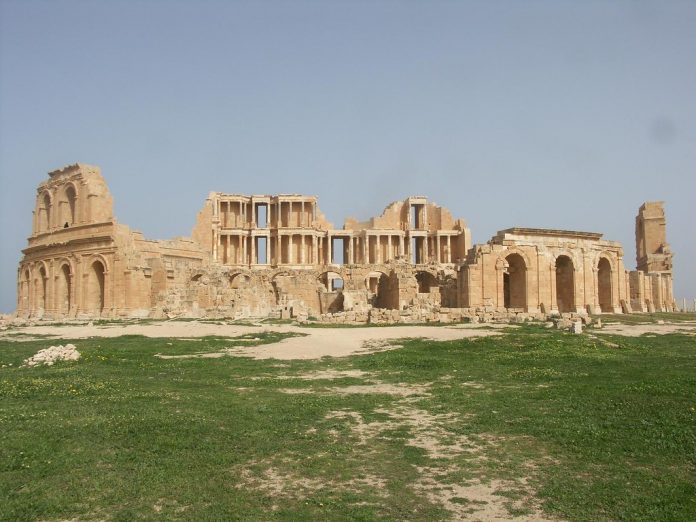 Turkey has taken control of Libya and there are attempts by the superpower to return Haftar’s to the political scene, but the conflict has entered a new phase, with foreign interference reaching unprecedented levels, including in the delivery of sophisticated equipment and the number of mercenaries involved in the fighting. At the same time, the international community uses every opportunity to unblock the political dead-end.

At the beginning of Ramadan, the situation was very difficult for the beginning of the conflict, then became quiet since 10 June, with UN-recognized Government of National Accord (GNA) forces 25 km from the Mediterranean coastal city of Sirte, on the other hand, the UN is very concerned by an alarming military build-up around that city, including a high level of direct foreign interference in violation of a UN arms embargo, Security Council resolutions and commitments made at the Berlin International Conference on Libya six months ago.

As a result, the oil blockade imposed in January 2020 by renegade commander Khalifa Haftar’s forces under the Libyan National Army in the central and eastern parts caused a $6.5 billion loss. also, almost 30,000 people have been forced to flee their homes due to continuing fighting in Tripoli’s southern suburbs and Tarhouna, bring the total of internally displaced persons in Libya to more than 400,000. Ending with there have been 1,342 confirmed cases of COVID-19 with 38 deaths.

The Libyan National Oil Company has announced the resumption of oil production and exports after a nearly six-month shutdown that has cost the country $6bn (£4.7bn) in lost revenues and deepened the country’s civil war.

The oilfields have been shut since January 2020 and in the past, it’s under the control of Haftar, then, a group of Russian mercenaries employed by the Wagner Group.

But the resumption of production, with safety and security this is, would be a sign that progress has been made in UN-led discussions on the distribution of Libyan oil revenues between the east and west of the country, as well as a future professional security force to protect the oil fields.

The oil revenues are gathered by the NOC, but then distributed to the Tripoli-based central bank. this is under the supervision of the Government of National Accord, Fathi Bashagha he resumption of oil production and said, “Oil belongs to all Libyans, and its revenues must be managed transparently and distributed fairly in different regions, and not be a source of sectarian blackmail or political rivalries,”.

This production as a result of the fighting between the east and the west after the GNA, backed by Turkish-supplied forces and air defenses, decisively lifted Haftar’s siege of Tripoli two months ago. Moreover, the eastern forces have warned Turkey not to try to enter the coastal port of Sirte.

Also, Turkey will protect the oil with a deal a professional, loyal force is established to protect the oilfields, and prevent militia such as the PFG repeatedly hijacking the oil fields to make political and economic demands.

The Acting Special Representative of the UN Secretary-General in Libya, Stephanie Williams, met with the Speaker of Libya’s Tobruk-based House of Representatives, Aqila Saleh, in Geneva and discussed the need to intensify efforts to find an inclusive political solution to the Libyan crisis, added, revealing that the officials also welcomed the National Oil Corporation’s announcement of lifting the force majeure on oil exports after nearly 6 months of suspension.

Williams and Saleh stressed the necessity to avoid any obstacles in oil flow “as it belongs to all Libyans; and urged that revenues expenditures be managed transparently and professionally,” .this statement because they are afraid of Turkey and they want to prevent a new humanitarian and economic catastrophe in Sirte and the Oil Crescent.

The role of Russia

Russia and Turkey are working on an immediate ceasefire agreement for the conflict in Libya. Lavrov Russian Foreign Minister said the Libyan National Army (LNA), which Russia backs, is ready to sign a ceasefire document and hopes that Turkey will manage to convince the country’s internationally recognized Government of National Accord (GNA) to do the same.

He is saying this because Turkey is controlling the region, and there is no room for a government during a period of happiness for its forces Turkey and Italy agree Libya needs a political solution Turkey and Italy’s defense ministers agreed on the need for a political solution to Libya’s conflict, according to a readout by the Turkish defense ministry.

Turkey, with the second-largest military in NATO, backs the internationally recognized GNA government in Libya’s conflict while eastern Libyan commander Khalifa Haftar is backed by the United Arab Emirates, Egypt, and Russia. from that point they have relations between some NATO members have soured over Libya as Turkey has accused France of backing Haftar’s forces. Paris denies this and accused Turkish warships of aggressive behavior, incident when a French frigate under NATO command tried to inspect a cargo ship suspected of smuggling arms to Libya in violation of a U.N. embargo.

Besides, the European Union recognizes the GNA but there are differences between member states. Italy, whose state-controlled oil and gas major Eni company is the biggest foreign oil producer in Libya, has sent troops to train GNA security forces.

European countries worry about Libya because of its energy supplies because they have the biggest station power in the region and the role as a major source of undocumented migration to Europe.

Turkish company will run a fleet of floating power generators is sending a technical team to Libya to propose to supply electricity to the west of the North African nation.

They will send the team to Libya within weeks and could start supplying power to western Libya within 30 days. The Turkish firm specializes in producing and selling electricity from ships anchored off the coast. It sells power to more than 10 countries that cannot meet power demand from their onshore plants, including Lebanon and several African nations.

The company, which operates 25 floating plants with a combined output of 4,100 megawatts (MW), could supply power through the ports of Tripoli West, al-Khoms, and Misrata.