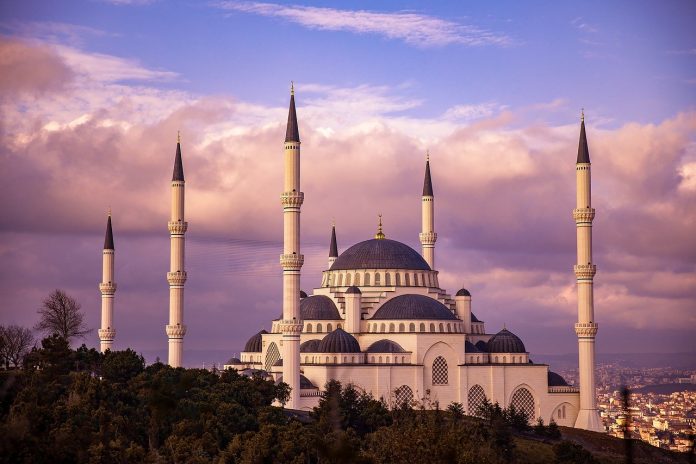 As the corona pandemic overwhelms the globe bringing to a halt all social, cultural and economic activities across the world, Turkey is in the firing line.

Bizarrely it is earning the wrath of Israel for allegedly holding up hundreds of crates of medical equipment destined for the settler-colonial regime.

According to Israeli media, the distinction being emphasized is that the medical supplies were purchased by Israelis, not the state, to aid in the apartheid regime’s combat of the deadly virus.

Turkish President Recep Tayyip Erdogan is being blamed and lambasted for the hold-up. It is claimed he demanded that a similar amount of equipment be transferred to the Palestinians before the Israeli supplies are released.

Bloomberg reported earlier that the shipment of supply to Israel included personal protective gear, surgical masks and gloves. Quoting an anonymous Turkish official the report claimed that Ankara had approved the sale for “humanitarian reasons” on a quid pro quo basis with Israel allowing the Erdogan government to provide similar aid to Palestinians.

Not so said Israeli sources. Disputing Bloomberg’s report, the unnamed sources told the Hebrew-language Ynet news that the transaction had no “connection to aid to the Palestinians”. They insisted that the deal was commercial, not humanitarian.

While the standoff over the uncertainty continues, the plight of Palestinians under Israel’s military occupation and siege having to face the devastating impact of the virus with limited resources is both tragic and sad.

If indeed Erdogan has to resort to arm-twisting in order to manipulate Turkey’s ability to provide medical essentials to the Occupied Palestinian Territories, it speaks to the brutality of Israel’s pervasive apartheid policies.

In other words, humanitarian aid for Palestine to equip its besieged population to combat COVID-19 is dependent on the goodwill of the colonial overlords. The Turkish debacle of trading with Israel yet unable to send a consignment of much needed humanitarian provisions to Palestine illustrates the Zionists regime’s racist stranglehold over the Occupied Palestinian Territories.

Though Erdogan is an enigmatic political giant, highly regarded as an icon by a huge majority of Muslims throughout the world, his ties to Israel do raise questions.

For instance, following the attack by Israel on the Mavi Marmara in International Waters, which led to a loss of lives of volunteers embarked on a mercy mission to Gaza, ties soured between Turkey and the Zionist regime. Yet trade between the two has remained robust. During 2019, Turkey was Israel’s No. 7 export destination.

Though there appears to have been a paradigm shift during Erdogan’s tenure, the pendulum has not swung away from Israel.

It is laughable that Turkey, a formidable political player and economic power-hub in the region straddling Asia and Europe, is either unable or unwilling to send its navy across the Mediterranean to the shores of Gaza and offload medical supplies, electricity plants and field hospitals.

Erdogan’s military forays are not confined to neighboring Syria. Turkey has extended its reach into Libya too, but for reasons best known to its leadership, has remained aloof from reaching Gaza directly.

In the meantime, the likely trade-off behind the scenes to allow Israeli planes to land and lift cargo from Turkey’s Incirlik airbase, also home to a US Air Force contingent, may be underway. Whether the status of the transaction is commercial or humanitarian, is irrelevant. What matters is that Turkey is being played by a colonial entity to the detriment of Palestine’s enduring freedom struggle.

Palestinians rightly remind the world that far from being a charity case, their struggle is to attain justice and freedom. That their resistance against Israeli tyranny is rooted in a heroic struggle spanning many decades. And that they remain resolute in their quest for liberation even as they are confronted with huge medical challenges to combat the coronavirus.

Restoring dignity to victims of sexual abuse and exploitation by UN...