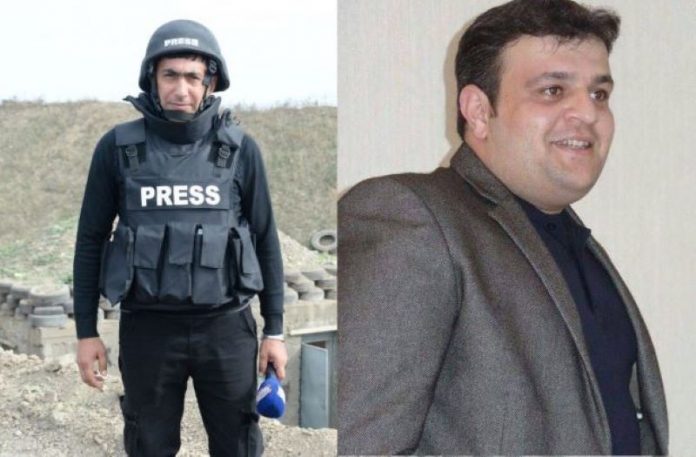 Baku (UNA-OIC) – Employees of the Azerbaijan State News Agency (AZERTAC) and Azerbaijan Television (AZTV) were filming the liberated territories when they hit a mine in the village of Susuzlug of Kalbajar district on Friday.

AZERTAC correspondent Maharram Ibrahimov and AZTV cameraman Siraj Abishov, as well as the deputy representative of the head of the Kalbajar district Executive Authority in Susuzlug village, Arif Aliyev, who was accompanying the film crew, were killed when their vehicle hit the anti-tank mine. Four people were seriously injured and hospitalized.

AZERTAC called on the leaders of the world media, international and regional media organizations to vehemently condemn Armenia’s ongoing provocations and raise their voices in protest.

“This is not only an attack on civilians’ lives, but also an open act of terrorism against free speech and the activities of journalists. We hope that the world media and international media organizations will not remain indifferent to this,” the news agency said in a statement.