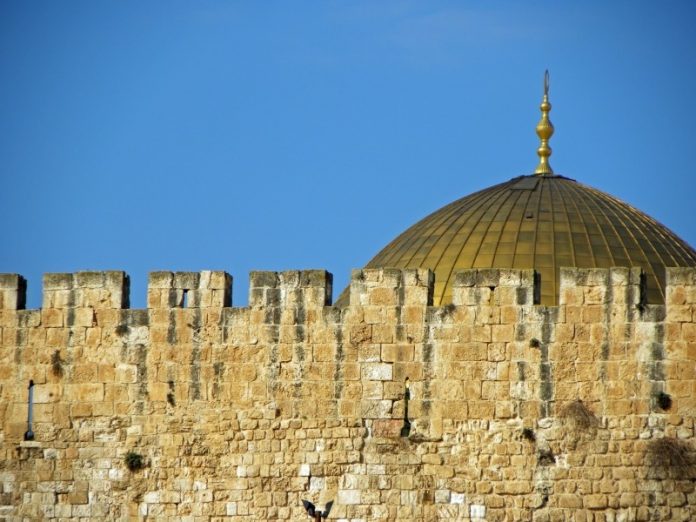 US President Donald Trump and Israeli Prime Minister Benjamin Netanyahu have a lot in common. Both are in trouble, confronting problems that are more legal than political. And as commentators, here and in Israel have noted, both have responded to their situation in quite similar ways.

Trump is panicking over Special Counsel Robert Mueller’s investigation into his campaign’s alleged collusion with Russia. It was Trump’s concern with then-FBI Director James Comey’s pursuit of this matter that prompted him to fire Comey, creating the outrage that forced the Department of Justice to appoint Mueller to continue the investigation.

Since assuming his post, Mueller has quietly and methodically pursued the case. He has convened a grand Jury, issued subpoenas, raided the home of Trump’s former campaign chair, and is reportedly looking into the president and his associates’ financial dealings with Russian interests.

From the outset, Trump has tried to pull strings to stop the investigation beginning with firing Comey and, more recently, reportedly urging Senate Majority leader Mitch McConnell to rein in the separate Senate inquiries into the alleged Russian collusion. These efforts have only served to raise the prospect of the president facing the additional charge of attempting to obstruct of justice.

After failing to stop the investigation, as the pressure mounted, Trump has lashed out against Democrats and the media. He has termed the entire effort “the greatest witch hunt in history” and repeatedly accuses the media of inventing “fake news” to discredit his victory and bring him down.

Netanyahu is also facing a number of legal problems, including charges of “fraud, bribery, and breach of trust”. Israel’s Attorney General is investigating allegations that Netanyahu attempted to bribe the editor of one of Israel’s largest daily papers in an effort to win more favorable coverage. He is also being accused of negotiating foreign deals that would benefit family and close associates and receiving substantial illegal gifts from a supporter. To cap off Netanyahu’s problems, it is reported that his wife will soon being indicted for “misuse of government funds”.

Not unlike Trump, Netanyahu’s response has been to lash out at the investigation, even borrowing some of the US president’s rhetoric. At an August 9th rally of supporters, the Israeli leader used the term “fake news” and called the entire effort “an unprecedented, obsessive witch hunt against me and my family, with the goal of achieving a coup against the government. Their aim is to put false nonstop pressure on the legal system to get an indictment at any price”.

It bears repeating that the challenges confronting Trump and Netanyahu are legal and not political which is why both have repeatedly gone to their supporters—railing against their enemies, playing the “victim card”, and inciting them with the fear that should they fall, the hard right nationalist agendas that elected them will be at risk. To a great extent, this tactic has worked.

Trump may continue to embarrass (and even attack) Republican leaders, but this is nothing new. He used this same anti-establishment tactic throughout his 2016 campaign. While most GOP leaders initially opposed his candidacy, they ultimately fell in line for fear of alienating the strong support Trump had won among rank-and-file voters. While disgust with the president’s antics has increased, Republican leaders are still afraid to directly take him on. Therefore, despite the Trump’s falling poll numbers, the fervor of his voters has so far kept the GOP leadership in check. Some may privately be rooting for Mueller to do for them what they lack the courage to do for themselves.

Netanyahu’s situation is somewhat different. While there are many Likud party hopefuls waiting in the wings to replace him, absent an indictment and conviction, they are not inclined to topple their leader and his government with a “no confidence” vote. Their concern is that new elections may upend their chances to succeed him. Therefore, they too may be quietly rooting for the Attorney General to finish his job so that Netanyahu will be forced to step down unleashing an intra-party squabble to replace him without new elections.

With both leaders facing their respective legal challenges, in addition to ratcheting up their rhetoric to solidify their bases, they are trying desperately to change the subject.

Governing has proven to be more difficult than campaigning for Trump. At this point, he is hard pressed to claim any legislative victories. He can issue Executive Orders and scrap some Obama-era regulations, but other than placing a conservative judge on the Supreme Court, he has very little else to show in the win column.

In the area of foreign policy, on the other hand, the president has a freer hand to operate. He received a remarkable welcome in Saudi Arabia and was able to pull out of the Paris Accords on climate change and negotiations to achieve a trade deal with Asian partners. He can threaten North Korea with “fire and fury”, determine Iran is in non-compliance, and increase US involvement in Syria and Afghanistan. But none of these will be seen, at home, as “victories”. He can also continue to push for the “ultimate deal” to end the Israeli-Palestinian conflict – but this goal, is at best, far-fetched.

Netanyahu has domestic problems of his own. His far-right coalition is in agreement on most major foreign policy objectives, but is divided between secular and religious elements that have not been easy to reconcile. When some of his predecessors have faced similar domestic challenges, they have launched wars either in Lebanon or Gaza to shore up their position. While the danger of his choosing one of these options is ever-present, neither appears to be in the offing. He continues to threaten Iran, it is unlikely that he will opt to attack. Even with a US green light, the broader and unpredictable negative fallout from such an action make it, at best, a risky adventure.

Despite Trump’s stated desire to create the “ultimate deal” ending the Israeli-Palestinian conflict—complete with a victorious White House signing ceremony—this isn’t in the cards. The domestic support bases on which both Trump and Netanyahu have relied won’t provide either leader the space they would need for any reasonable solution to occur. Trump voters and the GOP, itself, are firmly in Netanyahu’s camp and the president would put himself at great political risk with most of his base were he to put the type of pressure needed to make the Israelis more forthcoming. And, for his part, Netanyahu is loath to go against his extreme nationalist supporters by making concessions to the Palestinians. Instead, he is shoring up that base by proposing new measures that more deeply expand the occupation of Palestinian lands thereby making any solution impossible.

And so we are left with an unsettling situation, as two leaders, compromised by their own hubris, await verdicts that will determine their respective fates.

Some Good, Some Bad in the Democrats’ Platform on Israel/Palestine

Virtual Concert unites Pacific with the world in battling COVID-19