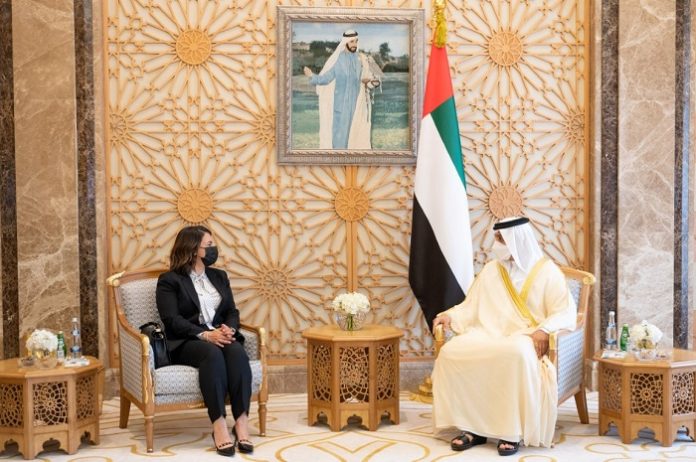 During the meeting, Sheikh Mansour and the Libyan top diplomat discussed the prospects of further consolidating the strong relations between the two nations. They exchanged views over the current situation in Libya and reviewed the latest regional and international developments.

Sheikh Mansour affirmed the UAE’s full support for all efforts aimed at achieving security, peace and wellbeing in Libya, including the initiative of the Libyan government to ensure the country’s stability.