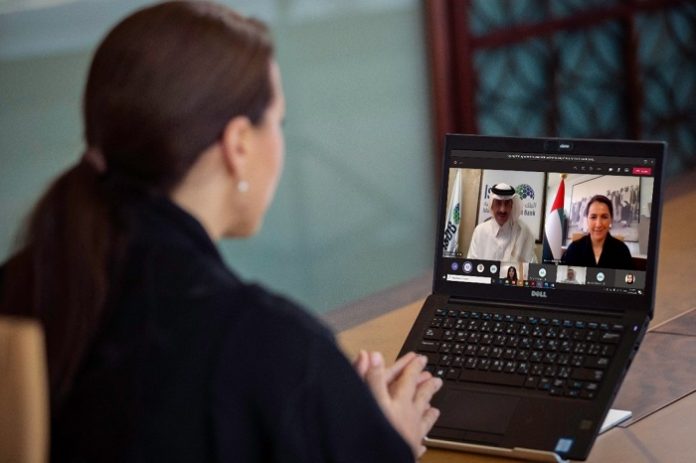 Dubai (UNA-OIC) – The UAE government has renewed its collaboration with the Islamic Development Bank (IsDB) Group in working with the International Center for Biosaline Agriculture (ICBA), a center that increases food security through research and development into biosaline agriculture in marginal environments.

Through the UAE Food and Water Security Office, the government renewed its agreement with IsDB Group, with new terms focused on research into food production in areas that suffer from limited resources.

The agreement was signed during a virtual ceremony held on Sunday, in the attendance of UAE Minister of State for Food and Water Security Mariam Almheiri, and IsDB President Dr. Bandar bin Mohammed Hajjar, as well as officials and representatives from both entities.

Renewing the agreement effectively extends collaboration on the management and operation of ICBA for another five years. The agreement includes developing an action plan and performance indicators that will elevate the center into a platform of excellence in biosaline agricultural research in marginal environments, utilize biodiversity to serve food security, exchange experiences and insights about the center’s performance, and design its work plan. The agreement will also support the center in innovation, experiments, and capacity building that serves the region and countries in other areas that suffer from marginal environments.

“Our collaboration with the Islamic Development Bank that extends for nearly 25 years now, has been critical for the development of the International Center for Biosaline Agriculture,” said Ms. Almheiri.

“The center plays a significant role in supporting scientific research in the food sector and helping find solutions for the challenges that the UAE and many other parts of the world face in producing and managing food production, especially in marginal environments that have limited water resources and infertile soils,” she noted.

“The UAE is making great progress in its plans to enhance its food technology abilities and meeting its National Food Security target of generating a 30 percent increase in yield improvement from new technology-enabled food production by next year.”

ICBA conducts research and development programs that seek to enhance agricultural productivity and sustainability in saline and marginal environments. The center contributes to meeting the SDGs by developing technologies that use both conventional and non-conventional water, including saline water, treated wastewater, industrial water, agricultural drainage water and seawater, as well as advancing techniques that include water and land management, remote sensing and Modelling Climate Change Adaptation.