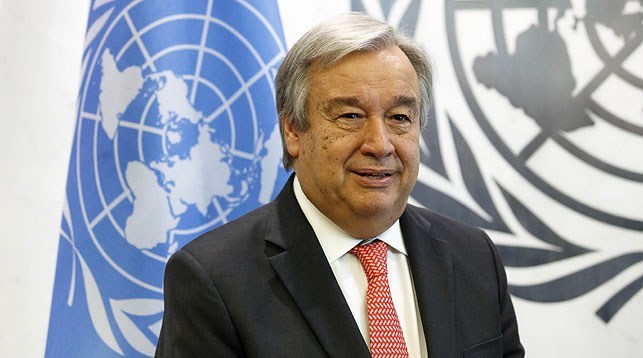 New York (UNA-OIC) – Underlining that “diversity is a richness, not a threat”, UN Secretary-General António Guterres called for greater investment in promoting social cohesion and tackling bigotry in a message on Wednesday to mark the International Day to Combat Islamophobia.

“We must continue to push for policies that fully respect human rights and religious, cultural and unique human identity,” the UN chief said in a pre-recorded video broadcast during a commemorative event held online, organized by the Organization of Islamic Cooperation (OIC).

“As the Holy Quran reminds us:  nations and tribes were created to know one another,” he said.

The 57-member OIC, which designated 15 March as the International Day to Combat Islamophobia. It is the second-largest intergovernmental organization in the world after the United Nations.

Guterres cited a recent report to the UN Human Rights Council which found that suspicion, discrimination and outright hatred towards Muslims has risen to “epidemic proportions”.

The study also highlighted how Muslim women face “triple levels of discrimination” because of their gender, ethnicity and faith, he added, while the media and some persons in power have further compounded stereotypes.

“Anti-Muslim bigotry is sadly in line with other distressing trends we are seeing globally – a resurgence in ethno-nationalism, neo-Nazism, stigma and hate speech targeting vulnerable populations including Muslims, Jews, some minority Christian communities as well as others,” the Secretary-General said.

Stressing that “discrimination diminishes us all”, the UN chief called for safeguarding the rights of minority communities, many of whom are under threat.

“As we move toward evermore multi-ethnic and multi-religious societies, we need political, cultural and economic investments to strengthen social cohesion and tackle bigotry,” he stated, underlining that fighting discrimination, racism and xenophobia is a priority for the United Nations.