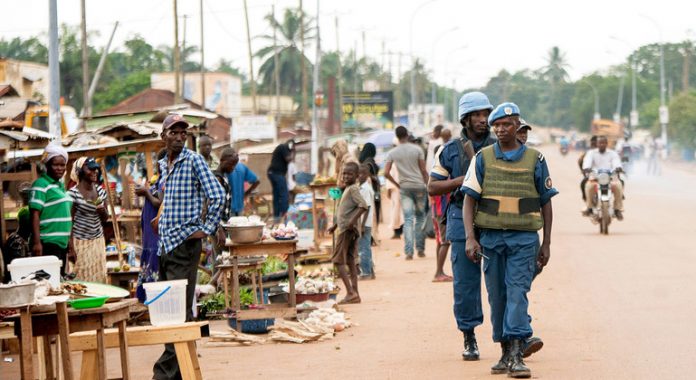 The blue helmets from the UN mission in the country, MINUSCA, were in a convoy in Gedze, Nana-Mambéré prefecture, located in the northwest.

The @UN_CAR strongly condemns the death of a Rwandan 🇷🇼 peacekeeper following an attack on Monday by elements of the 3R in the NW #CAR 🇨🇫.
2 peacekeepers were also injured. This criminal attack constitutes a new violation of the peace agreement by the 3R & its leader Abass Sidiki https://t.co/SygZ6vq3jK

The UN Secretary-General has strongly condemned the attack, which was allegedly carried out by elements with the Return, Reclamation and Rehabilitation (3R) armed group.

António Guterres expressed his deepest condolences to the family of the victim, and to the people and Government of Rwanda, according to a statement issued by his Spokesperson.

“The Secretary-General recalls that attacks against United Nations peacekeepers may constitute war crimes under international law. He calls on the Central African Republic authorities to spare no effort in identifying the perpetrators of this attack so that they can be brought to justice swiftly”, it said.

“The Secretary-General reaffirms that the United Nations will continue to support national efforts to advance peace and stability in the Central African Republic, working closely with the country’s international partners.”

The authorities and 14 armed groups, which included 3R, signed a Political Agreement for Peace and Reconciliation in February 2019.

“This criminal attack constitutes a new violation of the peace agreement by the 3R & its leader Abass Sidiki”, the mission said on Twitter.

The head of UN Peacekeeping has also weighed in on the incident.

Writing on Twitter, Jean-Pierre Lacroix strongly condemned “this cowardly attack”, adding that “this crime must not go unpunished.”