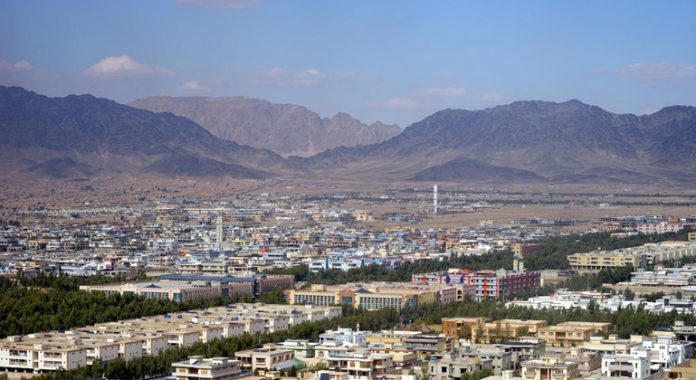 The attack marked the second consecutive week that a Shia mosque in the country has been targeted, following a blast last Friday in the northeastern city of Kunduz, which left more than 100 worshippers dead.

“Terrorism continues in Afghanistan”, the UN mission in the country, UNAMA, said in a post on Twitter.  “(the) UN condemns latest atrocity targeting a religious institution and worshippers. Those responsible need to be held to account.”

Mr. Shaheed expressed his profound condolences to the families of the victims and wished a speedy recovery to all of those who were injured.

The blast occurred against the backdrop of the deepening and multifaceted crisis in Afghanistan.

The UN continues to advocate for greater international support for the country, where boys and girls “are paying the highest price”, according to Omar Abdi, Deputy Executive Director at the UN Children’s Fund, UNICEF.

“We anticipate that the humanitarian needs of children and women will increase over the coming months, amidst the severe drought and consequent water scarcity, an uncertain security environment, continuous displacement, the devastating socio-economic consequences of the COVID-19 pandemic, and the onset of winter,” he said, speaking in New York on Friday.

Mr. Abdi was in Afghanistan last week, where he saw first-hand how children are bearing the impacts of a tattered economy and collapsing health system.

Medical supplies are running dangerously low, and outbreaks of measles and acute watery diarrhoea are on the rise.

Even before the Taliban takeover in August, at least 10 million Afghan children were in need of humanitarian assistance.  He warned that at least one million are at risk of dying from severe acute malnutrition if they do not receive treatment immediately.

“I visited the Children’s Hospital in Kabul and was shocked to see how packed it was with malnourished children, some of them babies,” he said.

The UNICEF official met with the de facto authorities where he put girls’ education top of the agenda.  Millions of Afghan girls of secondary school age have yet to return to the classroom.

“I got affirmations of the commitments that the Taliban made in terms of allowing all girls to go to school,” he said.  “Girls up to grade six can go to school now.”

There are more than 30 provinces in Afghanistan and Mr. Abdi reported that it is only in five, where girls can go to secondary school, “but we are asking that girls everywhere go to school.”

The Taliban authorities are developing a framework on the issue, which is expected in the next two months, he said.  The framework will also address concerns by more conservative elements in society around girls’ education, such as keeping girls separate from boys and allowing only women to teach them.

“Now interestingly, the authorities that I met said that when they put in place the framework that they’re working on, (it) will convince more parents to send their girls to school, so that has to be seen,” he said.

UNICEF has been in Afghanistan for more than 60 years.  The agency fears that education gains made over the last two decades could be rolled back.

Since 2001, school enrollment jumped from one million to 10 million through to the middle of this year, including four million girls, while the number of schools also tripled, from 6,000 to 18,000 in the last decade.  Yet, 4.2 million Afghan children are out of school, 2.6 million girls of them girls.

UNICEF is also now accessing more areas of the country that were previously under Taliban control.  Some women staff are back at work, and Mr Abdi expects they will all return.

The UN agency is scaling up its programmes, but needs support, and he urged the de facto authorities, the international community, humanitarian organizations and other stakeholders, to step up more.