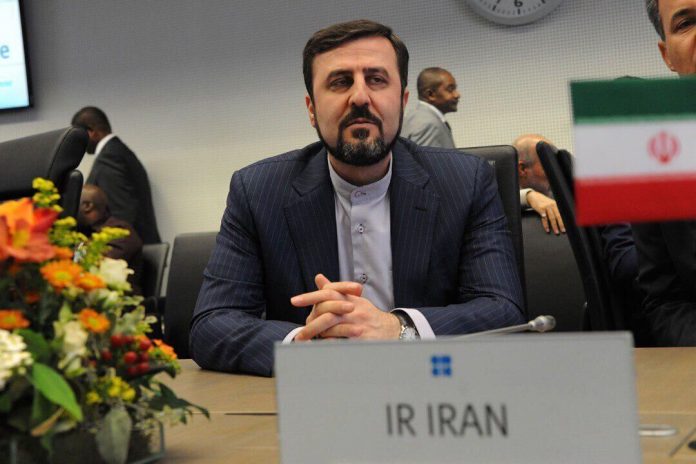 Talking to reporters, he referred to the report of United Nations Office on Drugs and Crime released last week, saying that according to the report, 644 tons of 704 tons of opium, 25 tons of 97 tons of heroin, and 21 tons of 43 tons of morphine worldwide have been discovered by Iran alone.

With the discovery of a total of 690 tons of 844 tons of opium, heroin and morphine (equivalent to 82%), Iran is the forerunner of seizing opium and its derivatives in the world, Gharibabadi said.

Earlier, Gharibabadi said that Iran has been discovering and seizing the largest amount of narcotics, despite US sanctions on equipment to intercept the contraband.

At the meeting of the Narcotics Commission on the occasion of the United Nations International Day against Drug Abuse and Illicit Trafficking, he said that despite high economic and human costs, Iran has been actively fighting drug-trafficking over the past four decades.

He added that through 2,319 clashes with drug traffickers, Islamic Republic of Iran dismantled 1,886 gangs and networks involved in the transit and supply of narcotic drugs. Brave and courageous Iranian anti-drug agents were martyred and injured while fighting with traffickers.