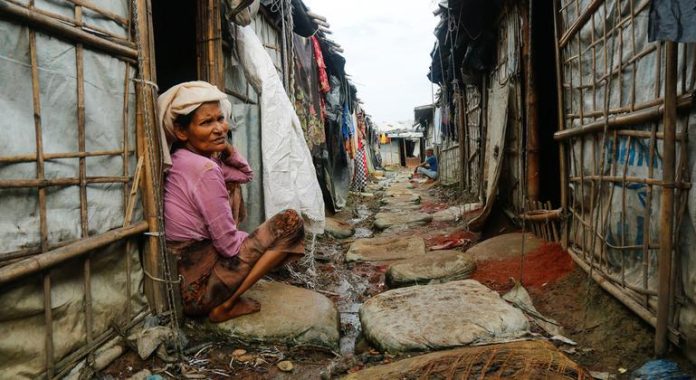 “Bangladesh saved untold numbers of lives when it opened its arms and hearts to Rohingya people who survived these most unspeakable of horrors inflicted on them by the Myanmar military”, said Tom Andrews, Special Rapporteur on the human rights situation in Myanmar at the end of his first official visit to the Bangladesh.

“All who value human rights owe Bangladesh a debt of gratitude”, he added, acknowledging that the responsible to resolve the emergency rests upon Myanmar.

“I will do everything in my capacity to push for a stronger, more coordinated international response to this crisis, including the imposition of pressure on the Myanmar military and for concrete measures to hold the military junta fully accountable for this crisis”, promised the UN expert.

During his mission, the Special Rapporteur met with refugees in Cox’s Bazar as well as those who were relocated to Bhasan Char Island.

“Nearly every Rohingya person I spoke with on this mission…want[ed] to return home as soon as they can do so voluntarily, safely, sustainably, and with dignity”, he said, adding that we must ensure their safe and voluntary return to Myanmar.

Mr. Andrews offered a number of recommendations from his mission, notably that the Rohingya community must be provided with security, educational opportunity, access to health care, and the creation of sustainable livelihood opportunities – especially in Bashan Char.

The Special Rapporteur commended Bangladesh for its partnership in accountability measures and noted how critical it was that “the rights and dignity of the Rohingya people be respected, protected and promoted”.

During his visit to Bashan Char – a remote silt island in the Bay of Bengal where the Government has relocated nearly 19,000 refugees – the Special Rapporteur observed that “considerable resources” had been put into constructing facilities there.

In view of its isolated location, and the nascent humanitarian programming on the island, he urged Bangladesh to “make sure services that can meet the projected needs of the increased population are firmly in place before relocating more refugees, including, especially greater freedom of movement”.

The UN expert welcomed the commitments made in the Memorandum of Understanding with the UN and urged that “they be put into practice”.

He upheld that the international community has a responsibility to support the Rohingya, arguing that Bangladesh cannot and should not shoulder the responsibility alone.

“A stronger commitment of resources is required for the Rohingya refugees and host communities. And the Government of Bangladesh needs and deserves a stronger international partnership”, Mr. Andreas spelled out.

Kutupalong refugee camp in Cox’s Bazar, Bangladesh, is one of the largest in the world. and hosts hundreds of thousands of Rohingyas who fled violence in Myanmar.

He expressed his desire to work with Bangladesh “as a friend”, to continue his reporting, and to continue his conversations and engagement with “the remarkable people here”.

“Most of all, I look forward to returning to a Myanmar where justice, human rights and human decency finally prevail, and I can meet with the Rohingya community not as refugees but as citizens in their own country, Myanmar”, concluded the Special Rapporteur.

Special Rapporteurs and independent experts are appointed by the Geneva-based UN Human Rights Council to examine and report back on a specific human rights theme or a country situation. The positions are honorary and the experts are not paid for their work.