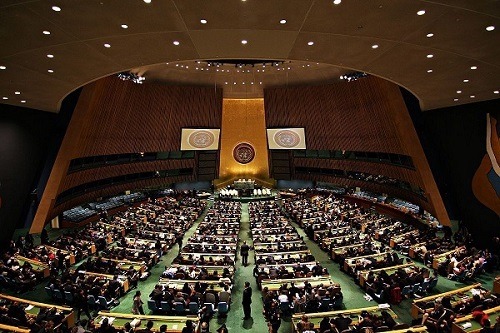 Ramallah (UNA-OIC) – The United Nations General Assembly will hold this Thursday a joint debate to discuss the situation in the Middle East and the question of Palestine.

UN General Assembly President Volkan Bozkir said in a letter that a joint debate will be held during the General Assembly formal plenary meeting on Thursday, under agenda items 37 entitled “The situation in the Middle East” and 38 entitled “Question of Palestine” at the request of Abdou Abbary, Permanent Representative of Niger to the United Nations and Sofiane Mimouni, Permanent Representative of Algeria to the United Nations, who currently chair the Organization of Islamic Cooperation (OIC) and the Arab Group, respectively.