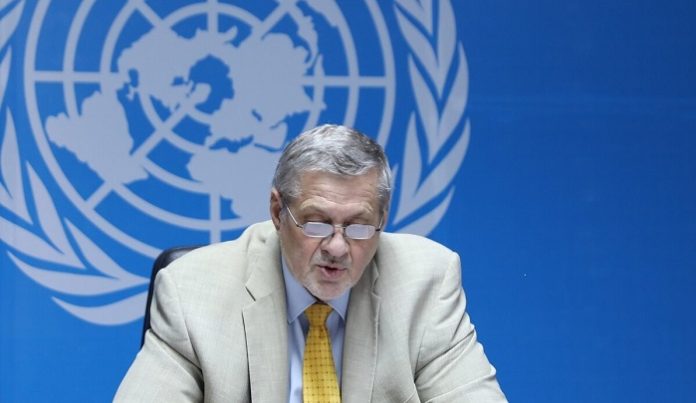 Addressing the meeting, the Special Envoy highly acknowledged the work of the LPDF members, saying, “You have realized a historic achievement towards the unification and sovereignty of the country. You managed to get one government for the whole country.”

“You did not only manage to create a unified executive authority that represents all the country but also managed to enable the constitutional authorities to live up to their responsibility and act upon their duties,” he added.

Kubiš went on to say that “Your role remains relevant; the LPDF remains a key platform as the custodian of the achievements made and to ensure the follow up on the full implementation of the Roadmap’s objectives including the holding of national elections on 24 December 2021.”

The Special Envoy further encouraged the Legal Committee members to resolve their differences and continue to work constructively to develop sounds proposals for the constitutional basis for elections, which will be critical should the Parliament fail to adopt one.

He emphasized the need to have an electoral framework in place by early July, based on the assessment of the High National Elections Commission (HNEC), to uphold the 24 December election date, to which UNSMIL is fully committed with the aligned support of the international community.

In his closing remarks, Kubiš noted that UNSMIL will resume regular meetings of the LPDF on a range of issues for the overall oversight of implementing the objectives of the roadmap. He stressed his commitment to support and advocate with the Libyan authorities the achievement of 30 percent representation of women in senior positions in the interim executive authority.

The Special Envoy also expressed his full support for a rights-based national reconciliation process and called on the Government of National Unity (GNU) to swiftly appoint a National Reconciliation Commission, which he recommended be headed by a woman.