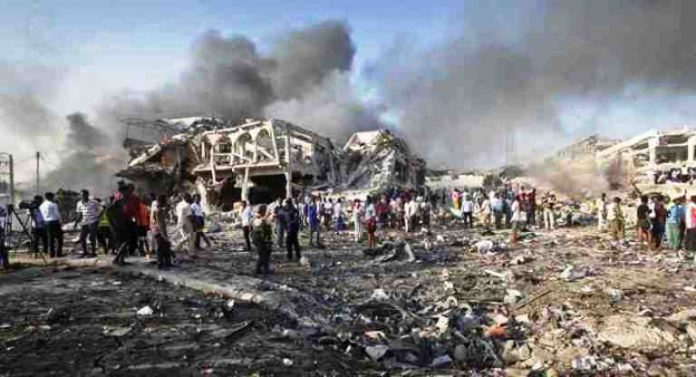 Mogadishu (UNA-OIC) – On the third anniversary of the 14 October 2017 suicide bombing in the Somali capital, Mogadishu, the United Nations today paid tribute to the victims and survivors of the horrific attack and reaffirmed the world body’s solidarity with all Somalis.

“Together with Somalis, the United Nations family is focused on the future and on continuing to build on progress towards peace, good governance, and prosperity,” said James Swan, the UN Special Representative of the Secretary General for Somalia.

“Advances since 2017 are a reflection of Somalis’ resilience and desire for a better tomorrow despite the scourge of violent extremism. The callous brutality of the attack on 14 October 2017 is not forgotten, however, and our thoughts remain with the families of those who lost their lives, as well as with the survivors,” he added.

The attack killed at least 587 people and ranks as the deadliest ever terrorist bombing in Africa involving the use of improvised explosive devices (IEDs). Hundreds more were injured in the blast.

FROM THE FIELD: Answering the call for help in Thailand