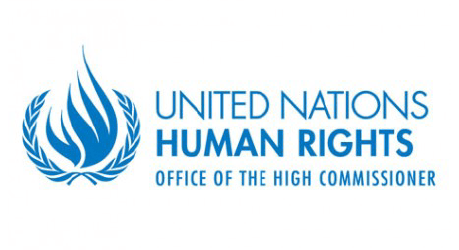 Geneva (UNA-OIC) – The UN human rights office expressed dismay on Tuesday that Switzerland is set to join a few other countries where “actively discriminating against Muslim women” is legal, after Swiss voters approved a ban on face coverings like burqas and niqabs that some Muslim women wear.

In a referendum on Sunday, Swiss voters narrowly approved a measure to ban the wearing of full-face-covering burqas and niqabs, which have slits for the eyes, in addition to ski masks and bandannas worn by some protesters.

Ravina Shamdasani, a rights office spokeswoman, acknowledged it was a “divisive issue” and said women shouldn’t be forced to cover their faces, but “the use of the law to dictate what women should wear is problematic from a human rights perspective.”

“The legal ban on face coverings will unduly restrict women’s freedom to manifest their religion or beliefs and has a broader impact on their human rights,” she told reporters at a regular UN briefing in the Swiss city of Geneva.

She said the International Covenant on Civil and Political Rights, a landmark human rights agreement, allows some limits on such freedom to protect public safety, health, order and morals, among other things, but that “vague justifications” about how face-coverings are a threat were not legitimate.