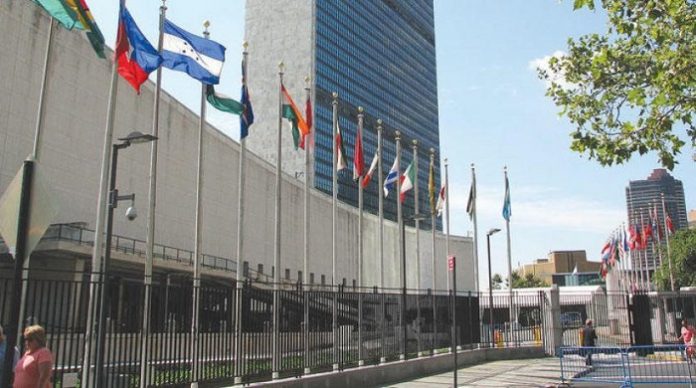 New York (UNA-OIC) – The United Nations is following with interest the great efforts being made by the Kingdom of Saudi Arabia to intensify its climate ambitions, UN Spokesman Stéphane Dujarric said on Tuesday.

Dujarric expressed, during the daily press conference, that the United Nations very much looks forward to hearing more from the Kingdom and the G20 member states on April 22, during the meeting to be organized by the UN in this regard.

This came against the backdrop of the initiatives announced on Saturday by Saudi Crown Prince Mohammed bin Salman. The initiatives, which aim to preserve marine and coastal environments, include a number of ambitious projects designed to reduce carbon emissions in the region by 60 percent.

This will be achieved mainly through the use of clean hydrocarbon technologies and the planting of 50 billion trees, including 10 billion in Saudi Arabia.