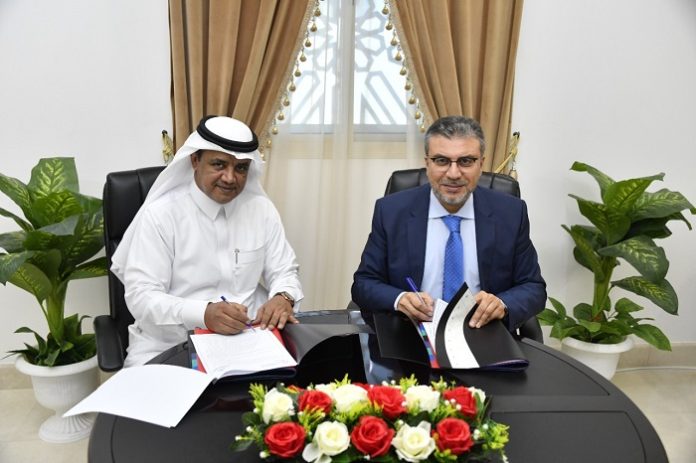 Jeddah (UNA-OIC) – The Union of OIC News Agencies (UNA) and the Islamic Broadcasting Union (IBU) signed a Memorandum of Understanding (MoU), at the UNA headquarters on Wednesday, to strengthen media partnership.

The MoU provides for strengthening the shared vision between the two institutions with regard to rejecting violent extremism and combating terrorism by disseminating the values ​​of tolerance and moderation.

The MoU focuses on cooperation in the fields of holding workshops, conferences, events, initiatives and media coverage, in addition to benefiting from experiences, studies and research that support the two parties’ fields of work in the media. It also centers around cooperation in the production of reports, print and audiovisual media content, and coordination in extending invitations to media professionals from the Organization of Islamic Cooperation (OIC) to attend and cover media events and activities.

Both parties expressed appreciation of the support provided to the two institutions by the Custodian of the Two Holy Mosques, to advance the media industry, based on Islamic and media values ​​that encourage transparency, credibility and tolerance.

They also appreciated the great support of Saudi Media Minister Majid bin Abdullah Al-Qasabi, chairman of both Unions’ Executive Councils, for the visions and plans to be implemented for enhancing the media role assumed by the Jeddah-based UNA and IBU.