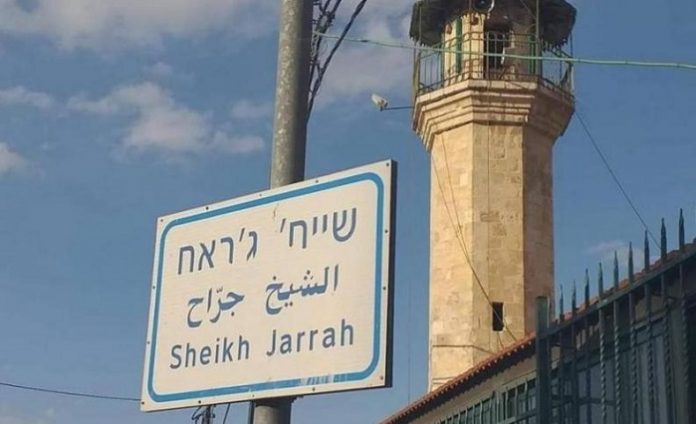 Ramallah (UNA-OIC) – Two United Nations officials on Wednesday visited the Palestinian refugee families at the imminent risk of forced expulsions from their homes in the occupied East Jerusalem neighborhood of Sheikh Jarrah.

The United Nations Relief and Works Agency for Palestine Refugees in the Near East (UNRWA) said in a statement that UNRWA Commissioner-General Philippe Lazzarini and Director of West Bank Operations Gwyn Lewis visited the eight Palestine refugee families at the center of the dispossession campaign by Israeli settler organizations in Sheikh Jarrah.

The statement noted that the refugee families threatened with imminent ‘eviction’, their second displacement in living memory, are part of a community of 28 families who have called the neighborhood home since 1954, following their forced displacement from and dispossession of their homes and lands in 1948.

The families reiterated the harassment they face from settler families in the presence of Israeli security forces. Further, entry to the neighborhood has been blockaded by concrete barriers, restricting movement and prohibiting entry to anyone without registered residence within neighborhood boundaries.

“The families I met in Sheikh Jarrah in East Jerusalem today live in the constant fear of being forcibly displaced and losing their homes,” said the UNRWA Commissioner-General.

“They are also traumatized by the increased violence by settlers in the presence of the Israeli security forces. To prevent further escalations of tensions in West Bank, including in East Jerusalem, forced displacement and administrative demolitions, contrary to international law, should end.”