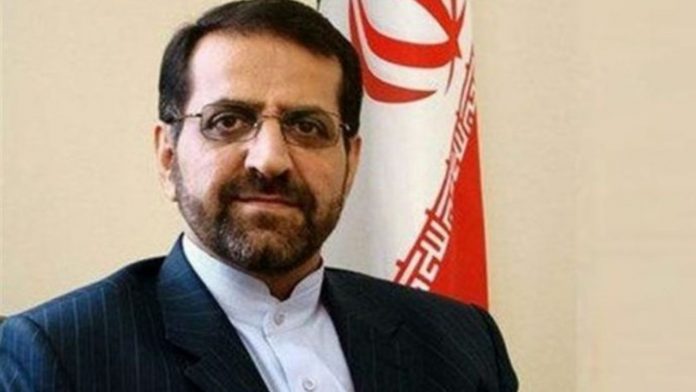 UN Security Council held an online session on Tuesday afternoon to review the latest situation of implementation of Resolution 2231 and the secretary general’s report on the issue.

At the session, all permanent and non-permanent members, except for the US, gave unconditional support for the July 2015 nuclear deal signed by Iran and five permanent members of the Security Council – US, UK, France, Russia, China plus Germany. Of course, United States is no longer a party to the deal as it withdrew unilaterally from it in May, 2018.

He said that the US measures including withdrawal from the Iran Deal and the desperate campaign to extend arms embargo on Iran contravenes the context of the JCPOA envisaged expiry of arms embargo on Iran in October are in violation of International Law and have destructive impacts on global peace and security.

UNSC members expressed their unconditional support for the JCPOA and this may be a reason  for why the US secretary of state left he session after his address.

Censuring the approach taken by three European countries- UK, France and Germany- for issuing anti-Iran statement, Khoshroodi said that Europe should be more independent of the US policies.

Iran believes that insistence on issuing such a statement raises a question that a political move has been taken in line with the US stance on putting pressure on Iran.

Khoshroodi stressed that Europe should think about its interests because the US President Donald Trump does not care about what will happen to the region.

The three European states as members of the JCPOA should take the US withdrawal from the July 2015 deal into consideration and know that such an exit was in contradiction with the spirit and context of the deal, Khoshroodi noted.

He added that Europe should know that if the EU interlink its foreign policy with the Unites States, it will lead to negative consequences for prospects of European security.

He further expressed hope that all influential countries across the world would help preserve the International Law and agreements.

Rosemary DiCarlo, Under-Secretary-General for Political and Peacebuilding Affairs, said in the UN session that “the 2015 agreement – which the Council endorsed through resolution 2231 – remains crucial to the global nuclear non-proliferation architecture and to regional and international security,” according to the UN website.

At the end of his remarks, Khoshroodi referred to clear stance picked by China and Russia on their relations with Iran, saying that Iran will take different alternatives into consideration when dealing with different conditions as Beijing and Moscow have not linked their ties with Tehran with that of the US.