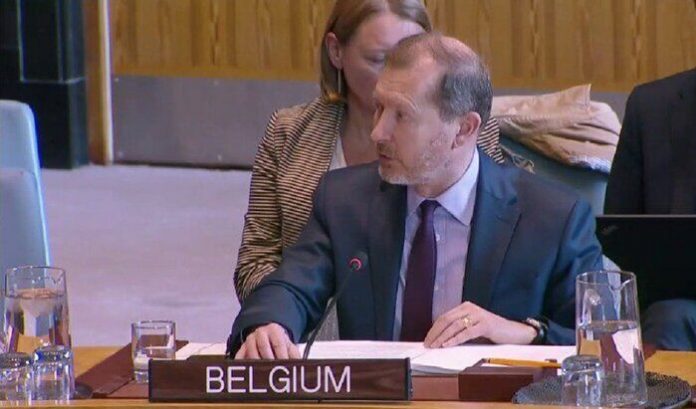 The report was read to the participants on the situation of the implementation of the Iran’s Joint Comprehensive Plan of Action (JCPOA).

During the session, the Security Council members, permanent and non-permenant, offered their views on the issue.

Belgium’s Permanent Representative to the organization  Marc Pecsteen de Buytswerve who acts as current Security Council Facilitator for the implementation of resolution 2231 (2015), for the period ending 31 December 2020, too, presented a report to the session on the issue.

In the report all members of the working group underlined the importance of the nuclear deal and the need for maintaining the JCPOA.

Guterres, in his latest report on the implementation of the resolution 2231, encouraged all world countries to conduct  economic cooperation with Iran

The session comes amid US efforts to extend arms embargo on Iran which is due to expire in October according to Resolution 2231.