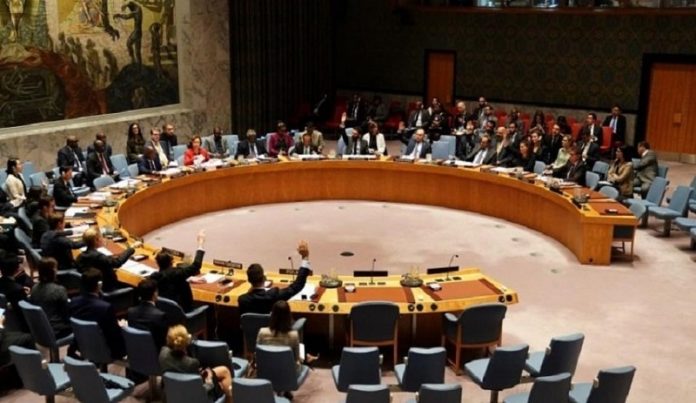 New York (UNA-OIC) – The United Nations Security Council will hold a session Thursday to discuss the report of the Secretary-General on the implementation of UNSC Resolution 2334 (2016) on Israeli settlements.

The present report is the 18th quarterly report on the implementation of Security Council Resolution 2334, covering the period from 23 March to 11 June 2021.

In its resolution 2334, the Security Council reaffirmed that the establishment by Israel of settlements in the Palestinian territory occupied since 1967, including East Jerusalem, had no legal validity and constituted a flagrant violation under international law and a major obstacle to the achievement of the two-state solution and a just, lasting and comprehensive peace, according to the UN Secretary-General’s report.

In the same resolution, the Council reiterated its demand that Israel immediately and completely cease all settlement activities in the occupied Palestinian territory, including East Jerusalem, and that it fully respect all of its legal obligations in that regard. No such steps were taken during the reporting period.

During the reporting period, demolitions and seizures of Palestinian-owned structures continued across the occupied West Bank, including East Jerusalem. Citing the absence of Israeli-issued building permits, which remain almost impossible for Palestinians to obtain, Israeli authorities demolished, seized or forced people to demolish 72 structures, resulting in the displacement of 78 people, including 47 children and some 15 women, and leaving 357 others affected.

Permanent Representative of Palestine to the United Nations Riyad Mansour recently said that the UN Security Council meetings come within the diplomatic moves in the world for a permanent ceasefire and international protection for the Palestinian people.