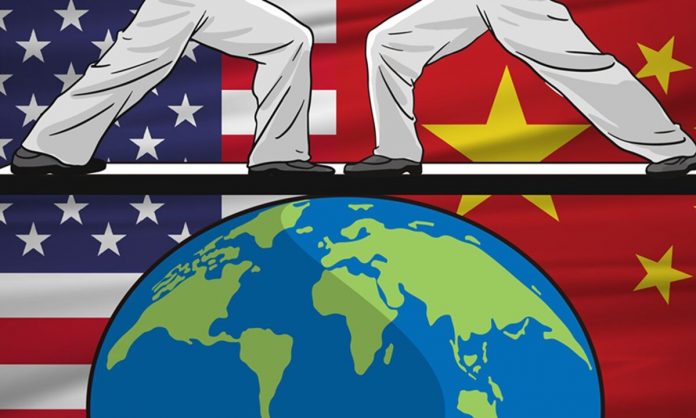 The wars of aggression launched by Nazi Germany, imperialist Japan, and other fascist political forces have brought great suffering to people all over the world, including Chinese. The casualties in China and the former Soviet Union exceeded 35 million and 27 million respectively. The destruction of property, human life and dignity by WWII cannot be forgotten.

Seventy-five years ago, all parties jointly established the UN and formulated the UN Charter, which is the cornerstone of the modern international order. According to the UN Charter, the purpose of establishing the UN is to “save succeeding generations from the scourge of war, which twice in our lifetime has brought untold sorrow to mankind.”

Undoubtedly, the ideal international order is different from the one in reality. The power possessed by each country, especially its economic and military power, still shapes international relations to a large extent. The rules made by the US, the most powerful country in the world, are taken as international rules. The “international order” that some Americans are talking about actually refers to the “club” formed by Western liberal democracies, or the security structure supported by the alliance system of the US and NATO.

This “international order” is fundamentally aimed at maintaining the hegemony of the US, which is the core idea of the “hegemonic stability theory” that some American scholars advocate. However, this approach not only ignores the diversity of other countries’ political and cultural traditions, but may also easily lead to tragedies such as the Iraq War.

It should be noted that in the past few decades, China, India, and most developing countries in the Middle East, Africa, and Latin America have failed to effectively participate in the formulation of international rules. Even so, China still strives to integrate into the international system and become the defender of the existing international order.

Obviously, China’s development in the past few decades has benefited from the current international order, so there is no need for China to overthrow it. It is precisely the US under the Trump administration that is striving to be a revisionist hegemon. US Secretary of State Mike Pompeo once acknowledged that in order to deal with the so-called “great power competition,” Washington was trying to build a new international order. Pompeo once clamored, “America intends to lead – now and always.”

Trump severely criticized globalization and multilateralism on occasions like the UN General Assembly. The Trump administration has humiliated the UN, the WHO and their senior officials, which is unprecedented. In order to maintain its maritime hegemony, the US has not accepted the UN Convention on the Law of the Sea.

Since Trump became president, the US has withdrawn from more than a dozen international treaties, including the Paris Agreement on climate change and the Iran nuclear deal, and almost successfully paralyzed the WTO. The Trump administration’s disruption of the existing international order has drawn criticism both at home and abroad.

More importantly, the “ideological civil war” in the US has intensified. White supremacy, hate crimes, and the spread of violence are eroding the country’s liberal democratic system. It is therefore absurd that Pompeo is trying to use ideological factors to provoke conflicts between the world and China, and establish a new international order that opposes and excludes China.

Fortunately, more and more people have realized that the Trump administration and some American hawks pose a serious threat to the international order, and the international system with the UN at its core needs to be more effectively maintained. According to Stewart Patrick, a senior fellow at the Council on Foreign Relations, the future of the world order is not preordained.

“The arc of history will depend heavily on whether the post-coronavirus US embraces constructive internationalism or clings to its current, disastrous course under President Donald Trump.”