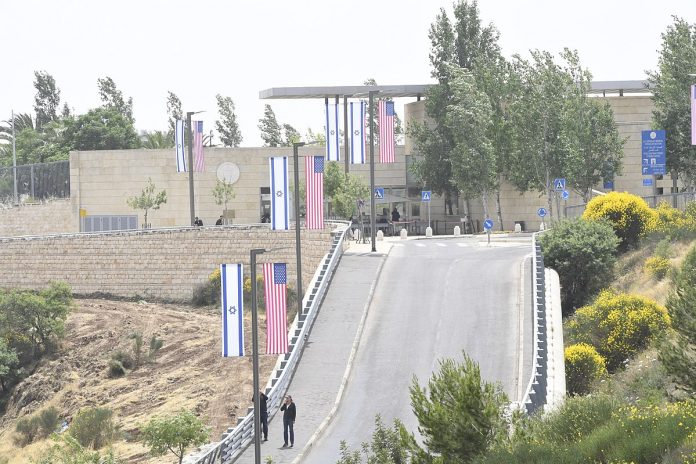 Last week I addressed a United Nations Security Council meeting on “Israeli Settlements.” Because I knew other speakers, experts and diplomats, would address the illegality of Israeli settlements, the economic and human rights impact on the Palestinian people, and the stated design of the entire settlement enterprise to eliminate the possibility of a viable and contiguous Palestinian state – I focused my remarks on my government’s role in enabling Israel’s settlements and its complicity in Israel’s violations of international law. This may seem like harsh language, but when nothing is done to stop an activity that violates international law, contributes to human rights abuses, and presents a clear danger to peace – then I don’t know any other way to describe American actions.

During the past 50 years, there has been a steady erosion in US policy toward Israeli behavior in Palestinian lands. Successive American administrations’ attitudes toward Israeli settlements have gone from passive acquiescence to outright acceptance. Even when some presidents expressed opposition to Israeli settlements, they took no concrete action to stop them. The net result has been that the settlement population in the occupied territories grew from 50,000 during the Carter Administration to 620,000 Israeli settlers today. The growth of settlements and settlers has been as steady as the erosion of the official US policy on this critical question.

In 1976 the Ford Administration was firm in its support of the applicability of the Fourth Geneva Conventions, which governs the behavior of an occupying power, to Palestine. President Jimmy Carter was equally firm on this matter. He even sought a formal legal opinion from the State Department Legal Advisor who determined that settlements were, in fact, a violation of the Fourth Geneva Convention.

US adherence international law regarding settlements ended with President Ronald Reagan. Reagan was neither a student of law nor policy and when tackling complex matters in interviews, sometimes made awkward pronouncements based on his vague recollection of policy talking points. One particularly sloppy example occurred during his first week in office. When asked about Israel’s planned expansion of settlements, he said “As to the West Bank, I believe the settlements there…they’re not illegal. Not under the UN resolution that leaves the West Bank open to all people – Arab and Israeli alike.”

Though sloppy, this statement became US policy. During the rest of his time in office, Reagan meandered between contradicting Carter’s position on the illegality of settlements and saying that settlements were eroding “Arab confidence in Israel’s willingness to enter into a peace agreement.” In the end, Reagan had done real damage to US policy. After him, no US president referred to settlements as illegal.

President Clinton, who inherited the Oslo Accords, continued a similar approach to settlements. He never claimed settlements were illegal and instead argued that continued construction was in violation of the “Oslo process,” which prohibited the parties from undertaking “unilateral actions” that could predetermine final negotiations.

While expressing concern with settlement expansion, the George W. Bush Administration often took positions which enabled their growth. For example, he acceded to Israel’s effort to distinguish between “legal” settlements and “illegal” outposts, insisting that the latter be removed (they were not), while only paying scant attention to the former (many of which Israel proceeded to encapsulate behind a 420 mile wall – redrawing its borders with the West Bank). And despite endorsing the “Road Map” – which called on Israel to dismantle all settlement “outposts” erected after March 2001 and freeze all settlement activity – Bush sent a letter to Prime Minister Sharon in April 2004 which stated that, “in light of new realities on the ground, including already existing major Israeli population centers, it is unrealistic to expect” these settlements will be removed after final status negotiations. In short, what was once illegal became accepted as a “new reality.”

President Barack Obama made repeated efforts to end settlement expansion. In his 2009 Cairo speech, Obama said, “the United States does not accept the legitimacy of continued Israeli settlements. This construction violates previous agreements and undermines efforts to achieve peace…it is time for these settlements to stop.” When challenged by the Israelis on the need to allow “natural growth” and their claim that the Bush Administration had given them permission to build within the “blocs” that were assumed Israel would annex – the Obama Administration initially denied the validity of the Bush “promise” and Secretary Clinton forcefully stated that President Obama “wants to see a stop to settlements – not some settlements, not outposts, not ‘natural growth’ exceptions…That is our position. That is what we have communicated very clearly.” Despite this rhetoric, little changed and eventually Obama officials also began speaking of existing settlements as “realities” that would eventually be annexed by Israel with Palestinians being compensated with unspecified “land swaps.”

It was President Donald Trump who delivered the final blow to the US position on settlements. Under his leadership, settlements are not only legal, they aren’t even “obstacles to peace.” When Israel announces new construction, there’s nary a peep from the State Department. And while we haven’t seen “the ultimate deal,” from what we know, most likely this administration will bless Israel’s retention of all settlements it has constructed. What’s clear is that the US bears responsibility for Israel’s continued flouting of international law. Despite past empty protests: we have continued to provide massive amounts of aid and loan guarantees; we have blocked all efforts to censure Israeli behavior; and, Congress and state legislatures are in the process of criminalizing the right of Americans to use boycotts to oppose settlements. There is no other way to describe this behavior other than to say that we have become complicit in Israel’s international law violations.

The international community needs to develop a new strategy to deal with this critical matter. Passing another UN General Assembly resolution that protests Israeli policies will accomplish nothing, neither will more speeches reaffirming the importance and applicability of international law. The burden for changing Israeli behavior must not be left to the weakest party – the Palestinians – because they are not only confronting Israel. They are also confronting the United States, which has given Israel the green light and the wherewithal to continue to act with impunity.

At this point, an international strategy must be developed to confront Israel and the backing it receives from the United States. What is at stake is not only the human rights of a beleaguered Palestinian nation, but the viability of international law and fabric of civilized world order.