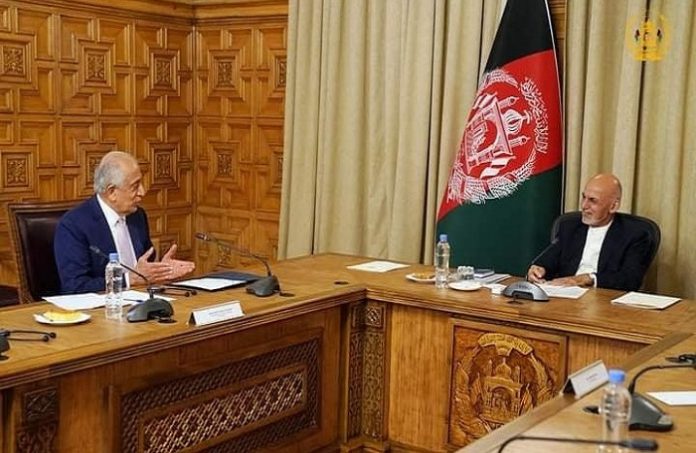 Kabul (UNA-OIC) – The President of the Islamic Republic of Afghanistan, Mohammad Ashraf Ghani, met here on Saturday with US Special Representative for the Afghan peace process Dr. Zalmay Khalilzad.

During the meeting at the Presidential Palace, both sides discussed developments in the peace process and preparations for the forthcoming Turkish conference, Bakhtar reported quoting a presidential statement.

Meanwhile, Zalmay Khalilzad also met with the chairman of the High Council for National Reconciliation (HCNR) Abdullah Abdullah. Khalilzad’s visit comes ahead of the Istanbul Summit which is scheduled to start later this month.

The US-proposed and UN-led summit will see Afghan government leaders, politicians, and Taliban representatives, along with international stakeholders discuss a roadmap to a political settlement in Afghanistan.

No official date has been announced for the summit but some sources have said it could start on April 16. President Ghani, Abdullah and a number of politicians have meanwhile been working on a peace proposal to be presented at the summit.

Over the past week, the HCNR’s leadership committee worked to combine proposals from various entities so that a single plan can be presented in Istanbul.

In an interview with the BBC on Thursday, First Vice President Amrullah Saleh confirmed the Afghan Republic will present a single plan at the summit. He added that the Republic’s plan, which includes early elections, stipulates that incumbent President Ashraf Ghani will not run for presidency.