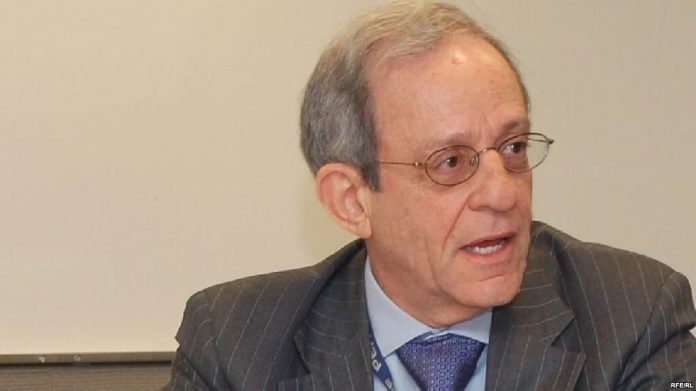 Daniel Serwer, director of American Foreign Policy and Conflict Management programs at the Schools of Advanced International Studies (SAIS) of the University of John Hopkins, told IRNA on Monday that European countries are unhappy with various US policies, among which Washington’s policy with regards to the JCPOA is an important one.

Saying that this can be a liable motivation for next US administration to remove the Trump-imposed sanctions on Iran, Professor Serwer noted that it is hard to imagine that the EU-US relations be mended without Washington’s return to the Joint Comprehensive Plan of Action (JCPOA).

The issue is not just the relations between Iran and the US; the ties between the US and Europe are affected by the JCPOA as well, he said.

He added that at least two years will be needed for Biden to remove the impacts of Trump’s policies. What’s more he will need coordination of the Senate to implement all his plans, but to return to the JCPOA, there is no need for the Congress.

He may of course seek support from the Congress so that there will not be any problems in the future, Serwer said.

Commenting on the next year’s presidential elections in Iran, he said that Biden is ready to go back to the previous conditions of the JCPOA, which is not that satisfactory for Iran because non-nuclear sanctions will still be in place.

Regarding Iran’s demand for US compensation of the damage posed by Trump’s unilateral sanctions, he said that it will depend on the negotiations procedure. The answer should be sought in the talks.

He added that Trump’s sanctions have badly hurt Iran and only US return to the deal and removal of sanctions can be a tangible achievement.

In May 2018, despite all the reports of the International Atomic Energy Agency (IAEA) confirming that Iran had been committed to the deal, Trump unilaterally withdrew from the nuclear agreement endorsed by the United Nations Security Council Resolution 2231 with no clear reasons and put into action the most severe economic terrorism against the Iranian people.

Three years have passed since the beginning of US maximum pressure policy and Secretary of State Mike Pompeo’s 12 conditions for Iran, but Trump’s attempts to reach a “better deal” have all failed.

This is while after US official withdrawal from the JCPOA, French President Emanuel Macron and German Chancellor Angela Merkel repeatedly traveled to Washington to make him change his mind, but they failed because Trump focused on strengthening nationalism, not multilateralism. Eversince then, the US and Europe have had problems on several issues.

The disagreement showed in Europeans’ oppositions with the US in the UN Security Council when Washington tried to extend Iran’s arms embargo stipulated by the JCPOA. Europeans openly stated their opposition to US unilateralism.

International isolation was the only achievement of Trump’s administration in foreign policy with regards to Iran.

President-elect Biden repeatedly talked about returning to the deal during his campaign. On the other hand, Iran’s Foreign Minister has in different occasions said that Iran has never left the negotiating table and that it is the US and other JCPOA signatories, especially the US that must do their commitments.