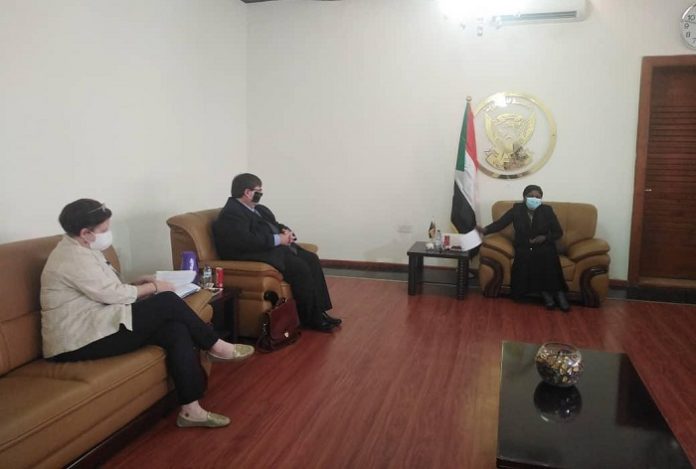 Khartoum (UNA-OIC) – US Acting Deputy Assistant Secretary for East Africa Bryan David Hunt reaffirmed support of the United States for democratic transition in Sudan and the aspirations of the Sudanese people.

In a press statement following a meeting here on Tuesday with Sudanese Minister of Federal Government Dr. Bouthina Dinar, the US official voiced concern over last week’s attempt by forces opposed to democratic transition to seize power in Sudan. He noted that the US was grateful to all components of the transitional government for thwarting the attempted coup.

Hunt underscored that the Constitutional Document and Juba Agreement for Peace in Sudan constitute good bases for the democratic transition in the country.

On her part, Ms. Dinar explained that the visit of the American official comes in the context of US support for the democratic transition in the country.

She indicated that the meeting discussed the implementation of the Peace Agreement in accordance with the Constitutional Document, adding that they also tackled the current situations in eastern Sudan and the government’s efforts to address the issue and hold the conference on governance in the region.