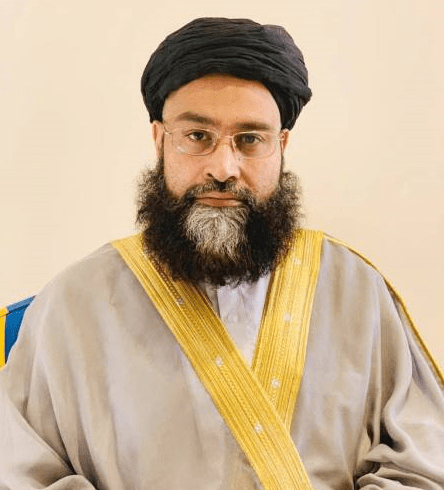 Islamabad (UNA-OIC) – President of the Assembly of Pakistan Ulema Council (PUC) Sheikh Taher Mahmoud Al-Ashrafi strongly condemned the false assessment in the report submitted to the US Congress, which contains naive analysis, false information and unacceptable conclusions about the murder of Saudi citizen Jamal Khashoggi.

In a statement issued today in Islamabad, PUC recalled that final judicial verdicts and strict penalties had been pronounced on the crime of Khashoggi murder by Saudi Arabia’s Sharia Courts. The Council added that the rulings won the approval, acceptance and appreciation of most countries, concerned authorities, and judicial institutions, as well as the full acceptance, satisfaction and approval of the Jamal Khashoggi family and all of his sons.

Sheikh Al-Ashrafi said: “What is contained in this misleading report is a collection of inaccuracies and information that are completely unfounded, lack all kinds of credibility, facts, evidence and documents. Therefore, we consider it a premeditated report and a failed attempt by malevolent parties aimed at distorting the image and status of the Arab and Islamic nation.”

“This report is an attempt to distort the image of the wise leadership in the Kingdom of Saudi Arabia, which represents the strategic depth of the Arab and Islamic world and is the beating heart of the peoples of the Islamic nation,” he added.

Sheikh Al-Ashrafi went on to say that “This report is a desperate and despicable attempt seeking to undermine the image of the Saudi leadership represented by the personality and stature of His Royal Highness Saudi Crown Prince Mohammed bin Salman bin Abdulaziz, the inspiring leader of the nation’s youth, who broke the will of violent extremist and terrorist groups.”

The PUC chief called the crown prince the first leader who fought corruption and sectarian putschist groups, supported and defended the peoples of the Arab and Islamic nations. He also said the crown prince has disclosed the sources of funding, supporting and training of extremist gangs that seek to sow discord among the Muslim countries that always stand by the Kingdom and defend its leadership.

In his today’s statement, Sheikh Al-Ashrafi highlighted that the information contained in the US report is inaccurate, incorrect, and has nothing to do with the facts. He stated that the report is based on categorically unacceptable expectations and conclusions that aim to question the status of the Kingdom and its leadership, and ignore the great efforts it undertakes to serve global causes, and its contribution to promoting moderation, in addition to defending the legal rights and the issues related to world security and stability, and international resolutions.

He concluded his statement by affirming the stand by the Kingdom of Saudi Arabia under the leadership of Custodian of the Two Holy Mosques King Salman and Crown Prince Mohammed bin Salman, to face the challenges and all the constant threats aimed at undermining the security and stability of the country of the Two Holy Mosques.