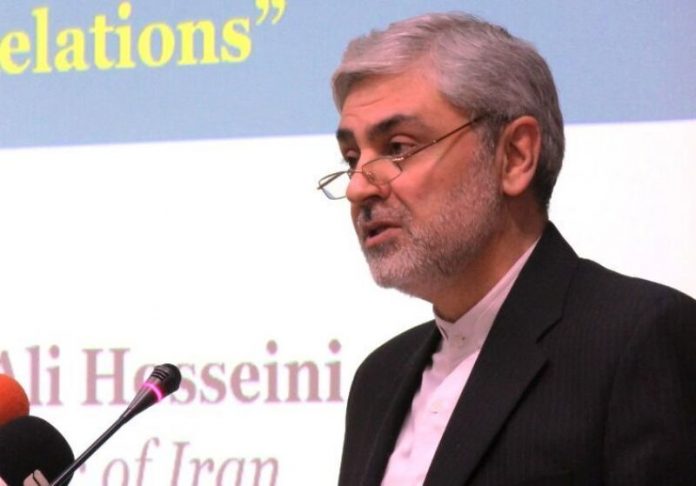 Ambassador Seyed Mohammad Ali Hosseini in a series of tweet on Thursday said the US approach to JCPOA is bold in unilateralism, bleak on improving UNSC peace seeking function and pure humbug in reflecting Iran’s cooperation with IAEA.

“Not only US illegally withdraw from JCPOA, also is punishing others for not imitating the same,” he said.

The envoy added the US significant non-performance to UNSC/Res2231 is a manifestation of “threat to international peace” that needs UNSC determination.

“Economic Terrorism of the US that has imposed huge economic and non-economic detriments to Iranian nation, ought to be indicted,” he pointed out.

Ambassador Hosseini went on to say in spite of being under most robust inspection regime of IAEA Iran is still introduced non cooperative by those European who are vociferous in rhetoric but devoid in action for cooperation! how fair them!

“Being still committed to its obligations-15 of IAEA reports vouch for it. Iran call upon international community, especially JCPOA singers to respect Res2231 and its provisions,” said the ambassador.