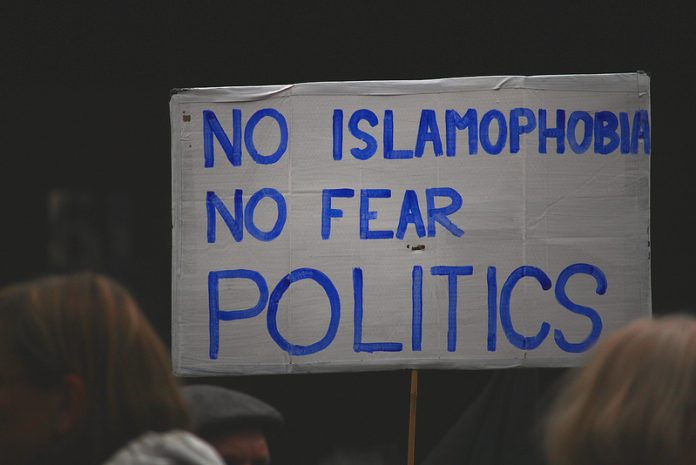 During the past century, we have witnessed a long and tragic history of domestic policies that have targeted persons of Arab descent. We’ve been subjected to discriminatory treatment by law enforcement, immigration authorities, and by both Democratic and Republican Administrations. In addition to these hurtful policies, it is important to note the role played by the scapegoating of Arabs in American politics.

All of these acts of discrimination were motivated by fear of alienating Jewish voters and were prompted by a campaign launched by a number of major American Jewish organizations, including the Anti-Defamation League, the American Jewish Committee, and AIPAC, who published “blacklists” warning of the emergence of Arab American leaders and groups who were deemed “anti-Israel” and were, therefore, to be shunned.

During the next two decades, especially following the signing of the Oslo Accords, this exclusion somewhat subsided, only to make a disturbing comeback during the 2008 presidential campaign. It resurfaced as an exclusively Republican-led effort and morphed into a largely anti-Muslim phenomenon.

Vice Presidential candidate Sarah Palin stoked anti-Arab and anti-Muslim fires in framing her opposition to the Democratic nominee Barack Obama. This effort of focusing on Obama’s “otherness” resulted in the encounter Senator John McCain, the GOP’s nominee, had at a town hall. When accosted by a questioner who insisted that Obama was an Arab, McCain famously responded “No he’s not, he’s a decent family man.” While heralded by some in the media as a sign of McCain’s nobility, Arab Americans, many of whom were “decent family men,” were less than impressed.

In 2010, we witnessed distinct Muslim-baiting used in a national campaign for the first time.

It was utilized by former Speaker of the House Newt Gingrich who latched onto a local New York City controversy involving plans to build an Islamic Community Center a short distance from Ground Zero.

Using the language of anti-Muslim bigots, Gingrich said that Muslims were intending to construct a “Victory Mosque” to mark their conquering America. In that year’s Congressional elections, 17 Republican candidates ran ominous TV ads accusing their Democratic opponents of being “soft” in their opposition to the “Victory Mosque.”

While only two of the 17 won their races, the die was cast. Fueled by the nativism and xenophobia Republicans had utilized to build the anti-Obama Tea Party and Birther Movement, they embraced anti-Muslim bigotry as a major theme in their political repertoire. By 2012, during a Republican primary presidential debate, the majority of contenders pledged that they would either refuse to appoint an American Muslim to a post in their administration or, at the very least, would insist they first take a pledge of allegiance to the US before considering them.

While this view was not shared by the eventual nominee, Mitt Romney, Muslim-baiting continued to grow within the GOP setting the stage for Donald Trump in 2016. During that year’s campaign, Muslims were one of candidate Trump’s favored targets – along with Mexicans, refugees, and immigrants, in general. In addition to building a wall to keep out Mexicans, he pledged to stop more Muslims from coming into the country and to keep a close eye on those who were here.

It was, therefore, no surprise that shortly after his inauguration, President Trump issued an Executive Order suspending and placing restrictions on immigrants or refugees coming from seven mostly Arab and Muslim-majority countries. It was punitive and not justified. Those excluded were mostly students, visiting family members, or businesspeople. Visas were canceled for between 60,000 to 100,000 innocents who were detained, interrogated, and many sent back to their countries of origin.

In reaction to negative court decisions that he was unfairly singling out Muslims, Trump issued new Executive Orders increasing the countries covered in his ban. Nevertheless, the list remained largely focused on and adversely affected Arab and Muslim-majority countries.

In an equally cruel act, Trump reduced the annual number of refugees admitted into the US, from Obama era highs of over 110,000 to less than 20,000. And while his administration has made much of its concern for Christians, this severe contraction of refugee slots coupled with the ban on immigration from targeted countries has severely impacted Arabs without regard for their faith.

The point to note in all of this is that the rhetoric espoused and the policies pursued by the Trump Administration, in fact, have their foundation in a decades-long effort by the GOP to target Arabs and Muslims – and by the failure of Democrats to vigorously confront and defeat these policies. And a by-product of this insidious history has been the role that this bigotry has played in promoting hate crimes against our communities.

The well has been poisoned and it will not be easy to undo the damage done. The challenge, however, is clear. We must put our immigration policy back on a sound non-discriminatory basis. We must dramatically increase our admission of refugees and asylees to meet the growing world demand. We must close the loopholes that make Arabs and Muslims fair game for Customs and Border Patrol officials. And we must fight xenophobia, anti-Arab, and anti-Muslim rhetoric and policies and base our relationships with these communities on their being fellow Americans and not on security concerns.