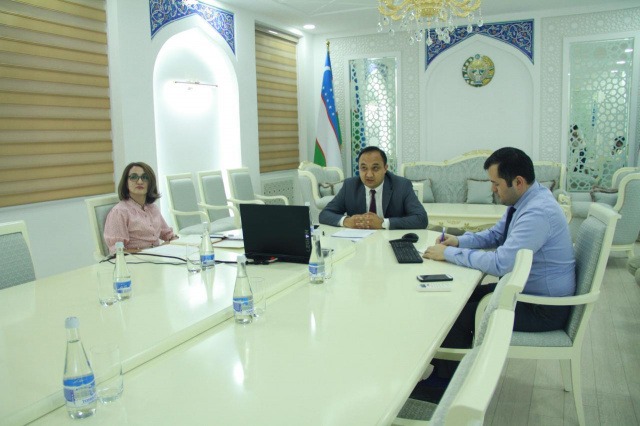 Deputy Chairman of the State Committee for Tourism Development Ulugbek Azamov took part in a briefing for travel agencies of the United States and Canada.

The briefing was attended by managers of the leading travel companies of the United States and Canada, who specialize in organizing tours of travelers to Uzbekistan and Central Asian countries, as well as representatives of cultural and humanitarian circles and the media.

Participants of the event showed interest in measures taken to support the tourism industry in the country. High appreciation was given to measures to accelerate the restoration of the tourism sector and formation of new instruments for its development, the privileges, preferences and incentives for the tourism business, the expansion of the Open Skies regime at Andijan, Bukhara and Urgench airports, as well as stimulating the development of tourism infrastructure.

“Uzbekistan. Safe Travel Guaranteed” project was of particular interest, which is a new system of sanitary and epidemiological safety for tourists, developed on the basis of world standards.