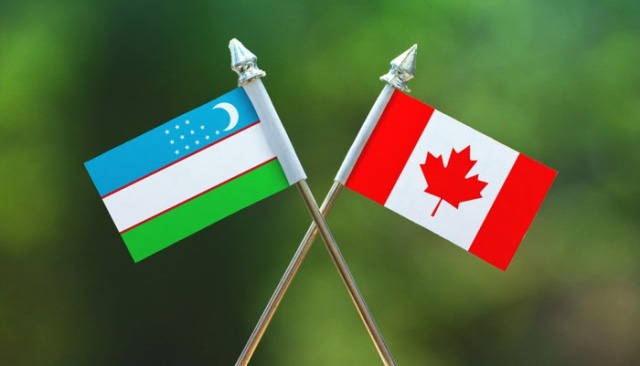 Ambassador of Uzbekistan to Canada, with the residence in Washington, Javlon Vakhabov, held talks with Director of Department of the Ministry of Economic Development, Trade and Tourism of the province of Alberta (Canada) Chris Ryan.

Chris Ryan noted the similarity of the economic structure of Uzbekistan and Alberta, where crop production and export prevail. As promising areas of interaction with Uzbekistan, he noted the spheres of agriculture, production, processing, packaging of beef, as well as introduction of modern irrigation technologies.

Prospects for attracting Alberta’s investors in exploration, production and expansion of production capacities of gas fields in Uzbekistan were also discussed.

The representative of the province of Alberta expressed his readiness to explore ways to expand cooperation in education. The parties also discussed the participation of Alberta’s capital in development of tourism in Uzbekistan.

The Canadian side expressed its readiness to provide all possible assistance in organizing the visit of businesspeople of Uzbekistan to Alberta and developing their program of stay in the cities of the province.