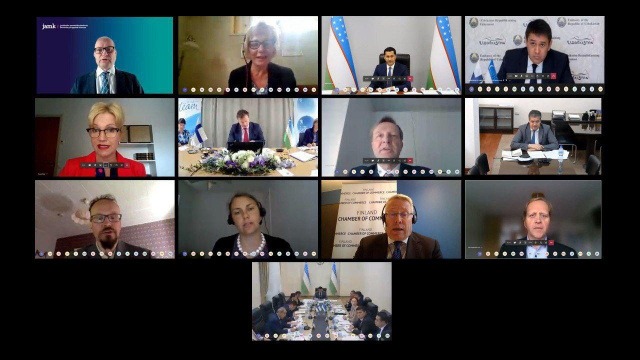 The current state and prospects for development of bilateral relations in investment, trade-economic, financial-technical, cultural-humanitarian cooperation were analyzed, priority tasks for the near future were identified, specific proposals were made to enhance further joint work.

The parties exchanged views on measures taken to combat the spread of coronavirus and reduce its negative impact on economies of the two countries. In this context, the importance of cross-country coordination and exchange of experience in effective response to the pandemic, while meeting sanitary-epidemiological requirements and maintaining socio-economic activity, was emphasized.

Economic situation in Uzbekistan and Finland was considered, on the basis of which the main guidelines for further development of trade-economic and investment cooperation between the two countries were outlined. Positive dynamics in financial-technical cooperation was noted.

Following the meeting, key agreements were reached that clearly and consistently define the areas of direct interaction. Specific projects and initiatives that form the foundation for long-term cooperation were scheduled.