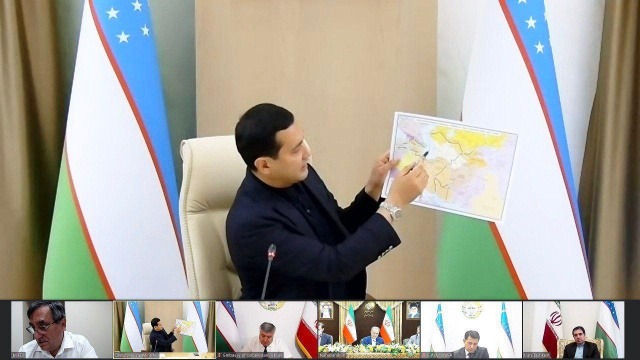 On July 25 this year, Deputy Prime Minister of the Republic of Uzbekistan Sardor Umurzakov held talks with Vice President for Economic Affairs of the Islamic Republic of Iran Mohammad Nahavandian via videoconference. The parties discussed the current issues of cooperation in order to mitigate the consequences of the pandemic on the economies of the two countries, as well as Uzbekistan – Iran trade-economic, investment, financial-technical and transport-logistics partnership.

During the dialogue, significant emphasis was placed on expanding investment cooperation. An agreement was reached on the active involvement of potential Uzbekistan and Iranian partners in industrial cooperation in such areas as agriculture, power generation, chemical and petrochemical industries.

In this direction, close cooperation will be established between the Chambers of Commerce and Industry of the two countries, aimed at developing specific proposals for cooperation between representatives of business communities of Uzbekistan and Iran.

Prospects for establishing cooperation between the free trade zones Kish, Chabahar, Aras of Iran and Navoi, Angren of Uzbekistan were considered.

Following the talks, an agreement was reached to begin preparations for holding Uzbekistan – Iran Intergovernmental Commission for development of trade-economic, cultural-humanitarian and scientific-technical cooperation in the second half of this year, which will give a new impetus to strengthening bilateral ties and implementing mutually beneficial initiatives.