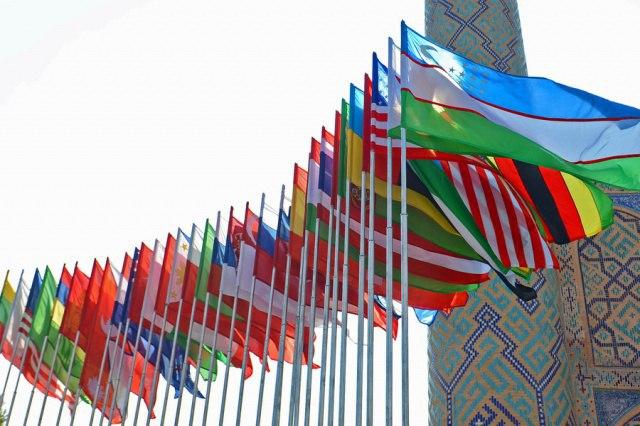 This issue is discussed in an article published on September 24, 2020 in Forbes. Here are some excerpts.

Uzbekistan, the most populous country in Central Asia. Until 2016, the previous Uzbek administration under President Islam Karimov every year forced more than a million people, including students, teachers, doctors, nurses, and employees of government agencies to the cotton fields against their will and under threat of penalties – a legacy of Soviet communism.

But in the last few years, Shavkat Mirziyoyev, its first new president since the fall of the Soviet Union, has massively reduced forced labor in its cotton fields. They are doing it without pressure from the U.S.; a pressure that some say is absent due to Uzbekistan’s strategic location bordering the Afghanistan military operation. The U.S. government says there are no material violations of international law when it comes to Uzbek cotton and lifted import restrictions.

In 2019, 102,000 cotton pickers were still being sent to the fields during the harvest – but it was a decline of 90% from 2016. There is no more child labor. Cotton pickers’ wages have increased in line with the International Labor Organization and World Bank recommendations and in 2019, a majority of cotton pickers said that working conditions were getting better.

The World Bank says the country’s 10-year agriculture development strategy will “do away” with government-imposed cotton quotas as of 2020, eliminating forced labor to meet those quotas.

Managing this workforce in full conformity with international labor standards, standards they want to uphold as it ramps up a huge economic modernization push, is no small feat. But last year it was recognized by The Economist magazine, which ranked Uzbekistan as the “Country of the Year” due to its tackling of the forced labor issue, and — of course — an economic reform push comparable to Estonia and Poland of the early 1990s. Mirziyoyev realizes Uzbekistan has a long way to go.

On September 23, the leader of the Economist’s “Best Country” spoke at the United Nations General Assembly. He said, “A new Uzbekistan is being formed. The process of democratic transformations in our country has become irreversible.”

One of the things that caught The Economists eye, apparently, was Mirziyoyev’s signing an Executive Order against forced labor (and human trafficking). The document was based on recommendations from the United Nations and the U.S. State Department.

Uzbek Deputy Labor Minister Bakhodir Umurzakov announced on September 6 that from now on, no workers will be sent to the cotton fields without a labor contract. In his statements, he said parents nationwide were banned from sending their children to work in the fields even if their municipalities and the parents themselves allowed for it.

Last year, Mirziyoyev rolled out the Council of Foreign Investors, a group for executives and representatives of foreign companies, banks, investment firms, and foreign government financial organizations give their advice on how to make Uzbekistan a country they would invest in.

They’ve been adopting the use of best practices, starting with currency convertibility and profit repatriation by foreign investment. The IMF, The World Bank, European Bank for Reconstruction and Development, Asian Development Bank and USAID are there providing technical assistance and lending. So are the Chinese.

Earlier last year, Uzbekistan issued its first ever Eurobond priced at $1 billion on the London Stock Exchange, yielding around 5% on BB- speculative credit. The success of that issue was heralded by Bloomberg as taking Uzbekistan out of the stone age and into the world of modern finance.

Uzbekistan is the most populated of the former Soviet Central Asian states. Unlike its neighbors Turkmenistan and Kazakhstan, which are dependent on hydrocarbon exports, Uzbekistan is more diversified. It has proven to be resilient and grew 5.6% last year. Despite the pandemic, they’re still growing.

The country’s reformist government says it is rolling out large-scale economic transformation policies targeted at boosting growth through modernization of state-owned monopolies and opening up to foreign direct investment. This was another key topic for Mirziyoyev on Wednesday in his UN message.

Some of that reform includes new currency regulation that guarantees the free flow of capital; a new law on investment that is supposed to guarantee shareholder rights; and a new tax code with a 15% corporate tax rate, which goes lower for smaller, entrepreneurial businesses, into the single digits.

For institutional portfolio investors, Uzbekistan is a frontier market play for the yield desperate Europeans and Americans.

For corporations, especially those from India and China, it’s a largely about mining (mostly gold and uranium), oil and gas, automotive, construction materials, agriculture, textiles, metal work and chemical production.)

Corporate and personal taxes were slashed up to 50%, and the total volume of foreign direct investment into Uzbekistan tripled from about $1.6 billion in 2018 to $4.2 billion in 2019. Uzbekistan was named as one of the top 20 “global improvers” in the World Bank’s 2020 Doing Business report.

According to Uzbekistan government statistics, total volume of capital investments exceeded $21.5 billion in 2019, some of which were put to work in special economic zones (called Navoi, Jizzakh, and Angren) to attract the foreigners.

The country is undergoing a massive overhaul of its education system. The 21st century labor force requirements are driving a massive K-12 and higher education reforms to catch up.

In his speech, Mirziyoyev also spoke about his government’s views on the environment. The country borders the Aral Sea, the world’s fourth largest lake which dried up due to the excessive water use for agriculture in the Soviet era and after, causing tremendous environmental distress. He called it an “environmental tragedy.”

Uzbekistan created a Trust Fund with the U.N. to save it from drying out further. The money is going towards nearly five million acres of new plantings and forests. Toxic salts from the Aral Sea, carried away by the winds, have been found as far away as Antarctica and Greenland.

Protecting the Aral Sea won’t be enough to keep the lights on in Uzbekistan, though it mine with it some climate change fighting accolades. Uzbekistan is moving fast to abolish forced labor.

“President Mirziyoyev envisions Uzbekistan transformed into a thriving, modern state—an example for the region—with a government accountable to its citizens and respectful of their rights…and with an open economy that welcomes and protects foreign investment,” said Principal Deputy Assistant Secretary of State for South and Central Asian Affairs, Alice Wells, in a recent report about the country by the Congressional Research Service. “None of these reforms will be easy, but all of them are essential, and the United States strongly supports them.”