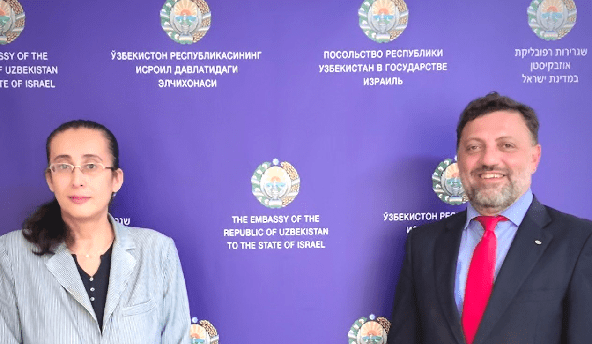 Ambassador of Uzbekistan to Israel Feruza Makhmudova has met with the CEO of the Euro-Asian Jewish Congress and Department Head at Tel Aviv University, Haim Ben-Yakov.

Haim Ben-Yakov expressed the interest of the Euro-Asian Jewish Congress in enhancing the agenda of interaction with organizations of the Jewish diaspora in Uzbekistan, including in the implementation of joint cultural and research projects. The Israeli side noted its readiness to promote the development of business cooperation between the two countries.

Prospects for cooperation between Uzbekistan universities and Tel Aviv University were discussed, including the possibility of studying in a magistracy and special educational courses at TAU, as well as opening its branch in the country.

An agreement was reached on working out a number of promising bilateral projects in cultural, humanitarian and educational spheres.