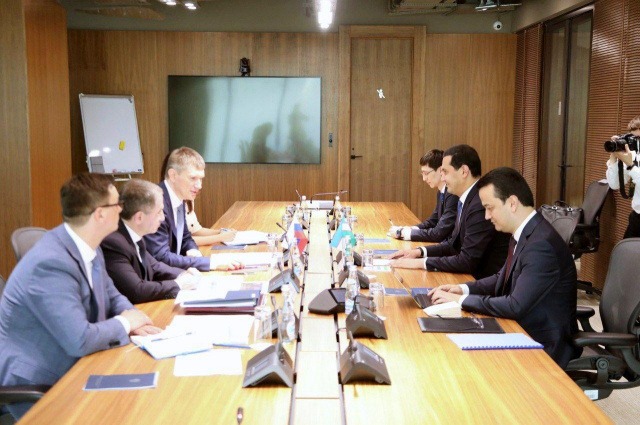 The parties discussed the current directions of deepening bilateral trade, economic, investment, transport and logistics cooperation, as well as holding the 21st meeting of the Intergovernmental Commission on Bilateral Cooperation.

An agreement was reached to accelerate the coordination of projects under development in industrial cooperation with identification of specific initiators and terms of implementation.

Particular attention was paid to development and implementation of practical measures to expand trade-economic cooperation, with a view to increasing mutual trade by increasing the supply of Russian and Uzbek products to the markets of the two states.

The initiative to open a multifunctional migration center in Uzbekistan, which will serve as the operator of organized employment of Uzbekistan citizens in the Russian Federation through direct interaction with Russia’s regions and major Russian employers was also discussed.