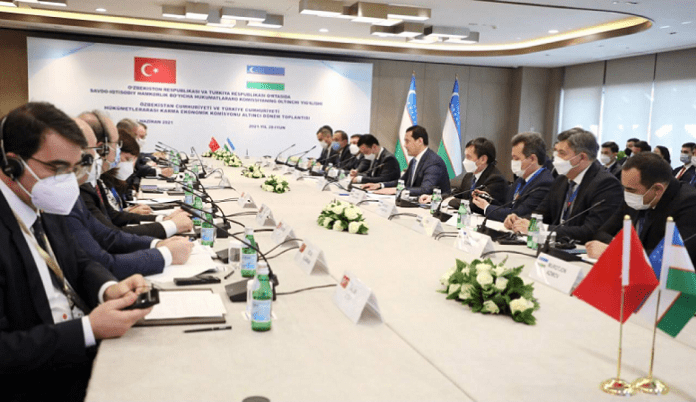 The event was co-chaired by Deputy Prime Minister, Minister of Investments and Foreign Trade of Uzbekistan Sardor Umurzakov and Vice President of Turkey Fuat Oktay.

According to Uzbekistan’s Ministry of Trade and Foreign Investment (MIFT), the event was attended by the heads of key ministries and agencies, as well as industry associations of the two countries. The agenda of the meeting included a wide range of issues of trade and economic, investment, industrial, banking and financial, scientific and technological, cultural and humanitarian cooperation.

At the meeting, reports and presentations were made by the heads of the ministries of energy, transport, education, culture and tourism, who presented their vision of ways to deepen interaction in relevant areas. A constructive exchange of views made it possible to identify intersection points of mutual interests and outline specific steps to intensify practical cooperation.

Agreements were reached on strengthening investment, trade and economic, transport, transit, cultural and humanitarian ties between the two countries.

Several agreements were signed on cooperation in technical regulation, standardization, conformity assessment, accreditation and metrology, fisheries, construction of a combined cycle power plant, and the purchase of electricity.