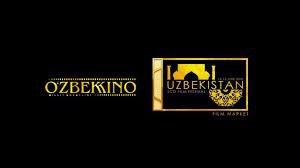 The joint project envisages creation of a 50-minute documentary about Uzbekistan within the framework of Uzbekistan’s chairmanship in the CIS in 2020.

Videoconferences were held with participation of the Deputy Chairman of MIR Irina Kuzminskaya, Director General of Uzbekkino National Agency Firdavs Abdukhalikov, Director of the State Unitary Enterprise “Film Studio of Documentary and Chronicle” Bakhodir Adilov, media consultant Andrey Teshayev, as well as representatives of the project’s creative and technical team within the framework of preparation for the implementation of the project.

During the negotiations, the parties discussed the concept of the future film and expressed ideas for its content. The purpose of the joint project is to demonstrate the achievements of the new, developing Uzbekistan in all spheres of life, as well as to strengthen and expand integration with CIS countries.

According to the preliminary agreements, the objects of filming will be both large industrial centers and private enterprises, business entities and artisans. Main attention will be paid to significant historical moments – veterans of the Second World War, as well as eyewitnesses of Tashkent earthquake, will take part in the film.