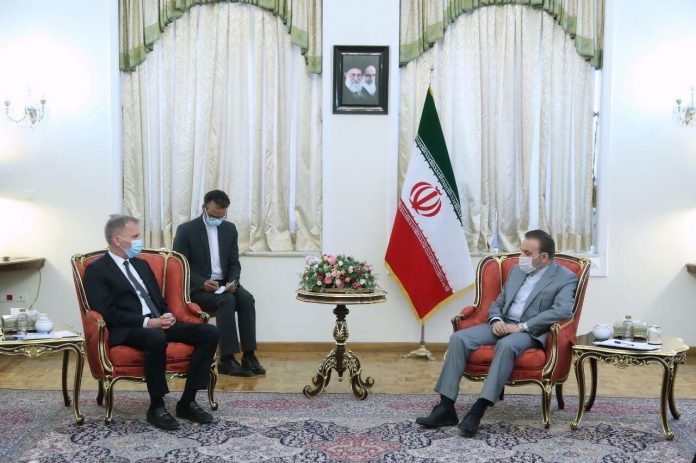 Referring to the US withdrawal from Iran nuclear deal known as the Joint Comprehensive Plan of Action (JCPOA), he said Iran will stay committed to the deal if other parties comply with the JCPOA commitments.

He also referred to Germany’s participation in nuclear talks, saying US’ destructive measures and sabotage made preserving the JCPOA difficult though the remaining parties saved this international agreement.

Iran is ready to restore to its commitments under the JCPOA if other parties comply, he noted.

He also referred to various crises in the Middle East and emphasized the importance of holding talks for resolving disputes.

Meanwhile, Hans-Udo Muzel stressed the importance of holding negotiations between cultures and countries.

He also highlighted Iran significant role in the region.

He described talks as solution to regional problems.