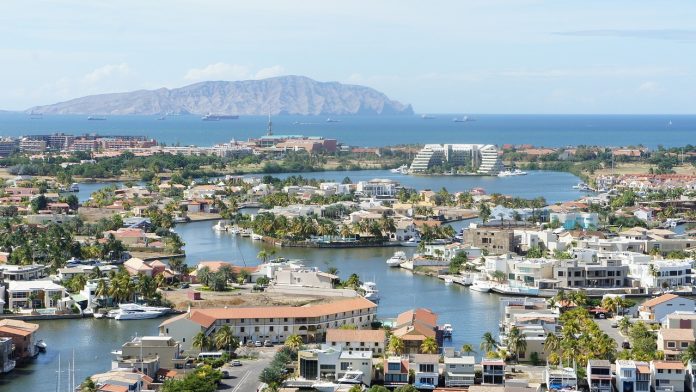 The decision to promote Juan Guaidó as a rival president to Nicolás Maduro in Venezuela was clearly made in Washington, not in Caracas.

The speed with which US allies in the Americas and western Europe recognised Guaidó’s claim on 23 January to be the legitimate president of Venezuela would not have been possible without a lot of prior coordination – and a lot of pressure by the Trump administration.

It’s no surprise that right-wing governments in Latin American countries like Colombia and Brazil are going along with a US attempt to overthrow a left-wing regime. (The support of Brazil’s new neo-fascist president, Jair Bolsonaro, was a foregone conclusion.) But it’s shocking when Canada, the United Kingdom, France, Germany and Spain also back this sort of intervention in another country’s internal affairs.

Maduro’s government does not deserve to survive. It has run the country’s economy into the ground, its ‘re-election’ last year was the product of a ruthlessly rigged vote, and three million Venezuelans (10% of the population) have fled abroad. But this is a problem for Venezuelans to solve, not foreigners, and least of all Americans.

There is a long, bad history of American attempts to overthrow left-wing governments in Latin America. Some of them, like Cuba (1960), Nicaragua (1981) and Venezuela (2002), were against regimes born in revolutions; others, like Brazil (1964), Chile (1973) and Argentina (1976), were against democratically elected governments. It made no difference to Washington.

It used to make a difference to Washington’s allies in Europe and North America, however. They were all in favour of democracy, but not ‘democracy’ delivered by American guns. They also fretted that these US interventions were all made in defiance of international law as embodied in the charter of the United Nations. It was American exceptionalism run wild: Maduro is historically quite right to talk of the “gringo empire”.

Now the Europeans and the Canadians are willing to back an intervention of the same sort in Venezuela, which is very hard to explain. Recognising a rival president as legitimate (on very flimsy grounds) opens the way to supplying his alternative regime with money and weapons, and thence to civil war in Venezuela.

It also creates the preconditions for direct US military intervention in Venezuela, and sure enough US Secretary of State Mike Pompeo was soon saying that “all options are on the table.” As everybody knows, that’s US government diplomatic-speak for “we may invade you.” So will they?

You’d think that senior American military officers and government officials would have figured out by now that this is not a great option. Overthrowing governments they disliked by military force didn’t work out so well in Afghanistan, Iraq and Libya, so why would they think that doing it in Venezuela would work out any better? Even invasions undertook with good intentions generally end in tears.

But hang on. Almost all the ‘adults in the room’ in the Trump administration have quit or been fired by now, and the second-raters and nonentities who replaced them have no feel for how these things work. Would any competent and well-informed US administration be toying publicly with the notion of attacking Iran? (“Options on the table” again.)

Invading Venezuela would not be as stupid as attacking Iran, but there would certainly be armed resistance, and even Venezuelan patriots who despise Maduro would be tempted to become part of it: foreign armies of occupation almost always end up being hated. Cuba, Russia and perhaps even China would help the resistance with money, and perhaps with arms (although there are quite enough of those in Venezuela already).

Maybe they are so frightened of Donald Trump that they feel compelled to go along with his hare-brained scheme, but that seems unlikely.

Trump is not that frightening once you have worked out that he will settle for even the slightest symbolic concession and claim it as an historic victory. The Mexicans and the Canadians both exploited that fact in the NAFTA renegotiation, North Korea’s Kim Jong-un is about to do it again in his second ‘summit’ with Trump, and in due course, China will do it over the alleged China-US ‘trade war’ too.

The darker possibility is that America’s NATO allies are afraid that he is going to drag them into a war with Iran, and are willing to contemplate the risk that he may stumble into a war in Venezuela instead. After all, it would do less damage – except to the Venezuelans, of course.