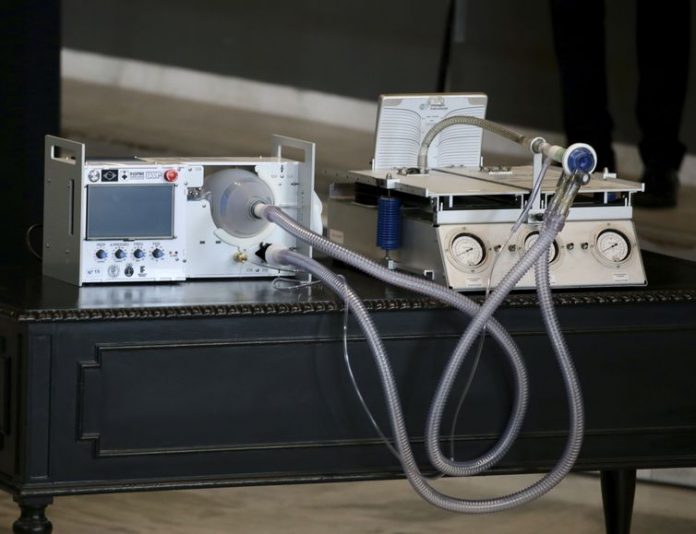 Ventilators used in the treatment of COVID-19 have been successfully tested on patients at the Clementino Fraga Filho University Hospital of the Federal University of Rio de Janeiro (UFRJ). The devices were developed by the university’s Alberto Luiz Coimbra Institute for Graduate Studies and Research in Engineering (Coppe).

According to the university, two of the so-called exception ventilators for COVID_19 UFRJ (VExCO), installed at the intensive therapy units, reproduced the ventilation mode to which five severe patients had been submitted: three of whom at the unit for COVID-19 and two at the non-COVID unit.

The tests, which had the collaboration of the UFRJ Center for Bioethical and Applied Ethics, are said to have transpired with no major incidences and demonstrated the safety of the product developed specifically for the treatment of COVID-19 patients in a severe state.

Professor Jurandir Nadal, head of Coppe’s Laboratory for Lung and Cardiovascular Engineering, said one ventilator costs approximately $1.66 thousand, “way below the price of mechanical ventilators available in the market, which can cost over $19 thousand each,” he declared in a note.

The university said the ventilator was also successfully tested at the National Institute of Metrology Standardization and Industrial Quality (Inmetro). Tests are also being concluded at the Center for Electric Energy Research (Cepel).

The request for the registration of VExCO will be submitted to Brazil’s national sanitary watchdog Anvisa in the first week of August, to be subsequently manufactured and distributed free of cost to public hospitals in Rio de Janeiro, members of the project coordination noted.

VExCO was developed at Coppe, a joint venture between researchers from different UFRJ departments and companies Petrobras and Whirlpool. Before being tested on human beings in May, the equipment was submitted to trials on five animals, as demanded by the National Commission of Ethics in Research. The tests were carried out in collaboration with the Federal Rural University of Rio de Janeiro (UFRRJ) and the UFRJ Carlos Chagas Filho Institute of Biophysics.

The ventilators are believed to be capable of strengthening the assistance capacity of public health care units, especially in Rio de Janeiro, after a move was approved to earmark $978 thousand from the state’s Special Fund of the Legislative Assembly (Alerj) for the project.

For the development of the ventilator, researchers also relied on funding from Rio de Janeiro’s Carlos Chagas Filho Foundation for Research Support (Faperj), and the Brazilian Association of Engineering and Mechanical Sciences.

Coppetec Foundation is also carrying out a donation campaign for the production of ventilators. Thus far, over $250 thousand have been raised.