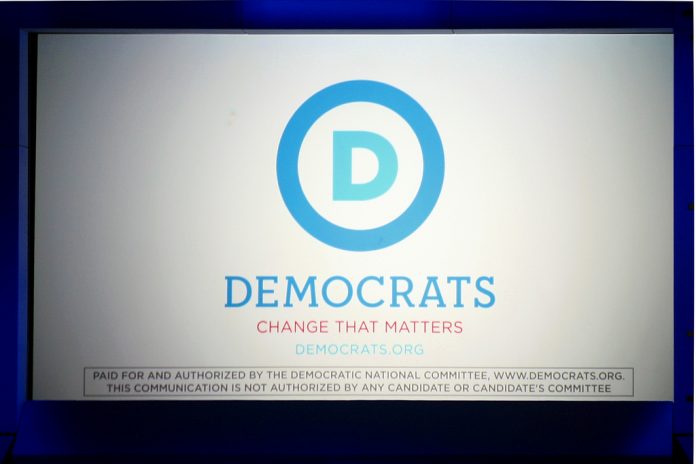 When members of the Democratic National Committee voted to take power away from themselves and other “superdelegates” — removing their leverage over the presidential nominating process — they took a big step toward heeding a sign that activists held outside their decisive meeting: “Democratic Party: Live Up to Your Name.”

Outside that meeting at a Chicago hotel, we were holding the sign to put a spotlight on existing hypocrisy and to call for seizing an opportunity.

Officials rarely decide to reduce their own power. And the Democratic Party has not made such a historic reform to its presidential nominating process in decades. So, how did it happen?

After participating in the 2016 national convention as a Bernie Sanders delegate and then working as part of coalitions to get superdelegates out of the nominating equation, I’ve been pondering what we can learn from the historic win that occurred on Saturday. Here are some takeaways:

1:  Leadership to make historic change must come from the grassroots.

The mass media did not do anything to help jettison the power of superdelegates. Neither did even the most progressive Democrats in Congress. The impetus came from, and was sustained by, a progressive base that saw what was wrong with the nominating process in 2016 and was fed up.

2:  Education and agitation must happen in communities nationwide.

Sometimes we hear how it’s not enough to “preach to the choir.” But, while ultimately insufficient, it’s necessary: to build on and expand a solid base. Only with thorough and ongoing outreach — to inform and galvanize progressives — can momentum for long-term pressure be sustained.

3:  In many respects, even the best Democrats in Congress are not providing much cutting-edge leadership. Grassroots activism should be providing leadership to them rather than the other way around.

If it had been left up to the members of the Congressional Progressive Caucus, the superdelegate reform would not have happened. Overall, the reform proposal got scant support — and some notable vehement opposition — from Democrats in Congress, including some who are often praised as “progressive.”

4:  When grassroots activists lead — and are willing to fight like hell, astutely and reasonably and unrelentingly — the Democratic leaders can sometimes be compelled to follow.

It’s virtually impossible to name a profoundly positive social change that was first initiated from Capitol Hill or from the DNC leadership.

5:  We need to methodically organize — inside and outside of the Democratic Party — in order to effectively harness the progressive energies that require public education, activism, and expressions of outrage.

Grassroots organizing — local, regional and national — is crucial. That’s what happened on the superdelegate issue. Overall progressive strength and organizational muscle led top national Democratic Party powerbrokers to conclude that the party must earn a lot more trust from progressives in order to win more elections. Those power-brokers came to understand that failure to ditch the power of superdelegates would only worsen the falloff of grassroots support and enthusiasm for the party’s candidates.

6:  Election campaigns should be subsets of social movements, not the other way around.

Winning elections — to defeat Republicans while electing more and more progressive Democrats — is absolutely vital. GOP control over the federal executive and legislative branches, and therefore increasingly over the courts as well, must be rolled back: beginning with the midterm elections this fall. In the absence of hallucinatory political analysis, defeating Republicans will require supporting Democrats on the general-election ballot.

At the same time, progressives should not defer to leadership from Democratic Party officials or congressional Democrats, who are routinely constrained and compromised by their roles. And in a time of perpetual war and runaway militarism, in sync with rampant corporate power, the party is currently in need of a basic course correction that can only come from the grassroots. The ultimate key to vital social change is social movements.

Leadership must come from the grassroots. That’s how superdelegates met their long-overdue demise.

In its monthly lecture series, OIC highlights importance of innovation in...