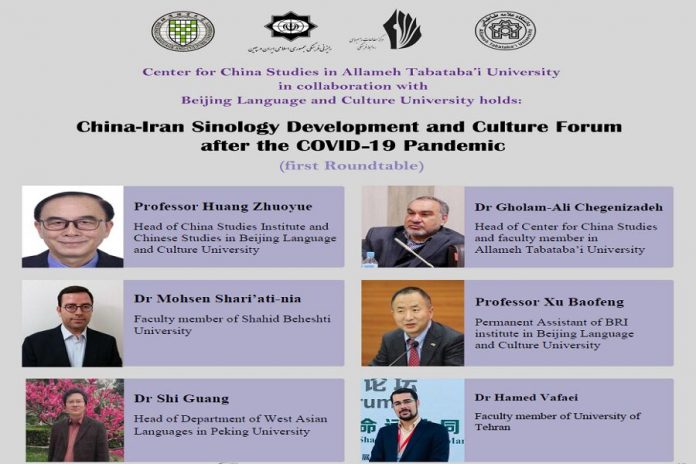 The forum was organized by Iran’s cultural center in China and Allameh Tabatabaei University in collaboration with Beijing Culture and Language University and Center for Cultural Studies.

Vafaei said that Iran’s cultural center in China is set to publish 100 books in Chinese and Farsi with the collaboration of Beijing Language and Culture University.

Noting that Iranians have an economic image of China in mind in the first place and a political image in the second place, Shariatinia said that the two countries must try to give a cultural image to their respective people.

Tehran University professor Hamed Vafaei said that in Iran, today, there are Chinese studies chair in at least three universities which teach hundreds of students on the Chinese language and culture.

Cheginizadeh, head of Chinese studies institute in Allameh Tabatabaei University, who also spoke in the forum, said that a new dimension should be added to Iran-China relations to recover all capabilities of the two cultures to respond strategic challenges in the post-COVID-19 world.