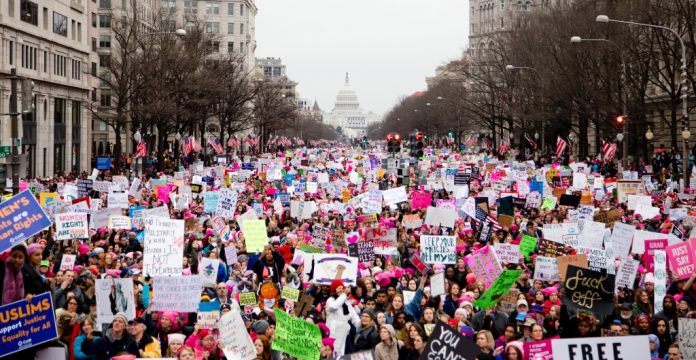 The tragic and deeply disturbing events in Charlottesville last week provoked a debate as old as America, itself. Our nation watched as a motley collection of bigots descended on that town, ostensibly to “save” the statues of their Confederate heroes. Some were armed, and many chanted Nazi-era slogans about racial purity and their definition of “true Americanism”. They were confronted by opponents who responded with affirmations of what they called “American values” of diversity and tolerance.

As the confrontation devolved into horrifying violence, we asked, “what did all this say about who we are as a nation and a people”?

In a real sense, as difficult as it may be to hear, both sides represented threads that have defined our American story. These two distinct ideas of America have long been with us. One was represented by bigots and intolerant xenophobes. This was the America that was born in the original sins of genocide against indigenous peoples and slavery. It was the America of the Confederacy, of Jim Crow and lynching of people of color. It was also this America that brought us the suffering that accompanied Manifest Destiny, the subjugation of Mexican peoples and theft of their lands, the Asian Exclusion Act, the terror of the KKK and the Know Nothings, the Palmer Raids, the Japanese internment, the nightmare of McCarthyism, and the painful exclusion of Jews, Irish, Italian, and Polish Catholics, and my own community from full participation in American life. All of this has happened. It is part of our history that we cannot deny.

But there was another America that has echoed down through the ages in the promise of our Bill of Rights, the courageous actions of the great abolitionists who gave their lives in the struggle to emancipate slaves, the Indian leaders who rose up to challenge their dispossession and lead their people in the fight to retain their land and dignity, and the tireless efforts of labor leaders, women’s rights and civil rights leaders to secure greater equality and opportunity for all. It was also reflected in the profound wisdom of Abraham Lincoln, the relentless drive of Franklin Roosevelt, the inspirational leadership of Martin Luther King, and simple beauty of the welcoming words inscribed on the Statue of Liberty. These are also a part of our American story that we must not forget.

In every age, these two notions of who we are have been locked in struggle. What is so important is that we never forget that both of them are always with us. If we forget the dark side of our story and the ever-present need to combat it, we can fall victim when it raises its threatening head. If, on the other hand, we forget the story written by our better angels, we can fall victim to despair—the loss of hope that we can rise above our demons and bring light into a darkened world.

While we have been fighting this battle as long as we have existed as a nation, what is clearly unique about the challenge we are facing today is the encouragement that intolerance is receiving from the White House.

During the presidential campaign, Donald Trump exploited the fears of those who felt threatened by the changes taking place in our country and world. At every turn, he found scapegoats to blame for the economic and social insecurity that had unsettled his supporters. It was alternately Mexicans, Muslims, African Americans, judges, or the mainstream media. Instead of specific solutions, he offered vague promises of “making America great again” coupled with fear of the “other” who stood in the way of our path to greatness.

Not only did his message resonate with neo-Nazis and White Supremacists, who embraced his candidacy, he fueled sufficient enough resentment to lead many of his supporters down a like-minded path. His rallies sometimes descended into frightening displays of violent intolerance and his reckless language and assault against “political correctness” opened the floodgates to hate crimes and attacks against women, immigrants, and Muslims. Recent polling shows that Trump supporters overwhelmingly hold disturbingly racist and Islamophobic views. In many ways, his campaign and his presidency set the stage for Charlottesville. He empowered and emboldened dark forces to descend on that city to “save” its Confederate heritage.

After three attempts to define his stand on the violence that followed, he could only muster half-hearted condemnation and equivocation, followed by a full-throated exoneration of the “many good people” who demonstrated in Charlottesville—treating them as a legitimate part of our national discourse. He is, I fear, leading us down a dangerous path—empowering our darker side and threatening to lead us to deeper division.

The good news is that neither the president nor his supporters will be writing the last chapter of this story. Mass demonstrations and candlelight vigils repudiating bigotry and intolerance have been taking place in cities across the country. Every day, there are new announcements of monuments to slavery being removed by city and state officials. Christian, Jewish, and Muslim clergy have joined together to denounce race hatred. All of our former living presidents, Republicans and Democrats, have spoken out, as have a growing number of Republican leaders. While many in the GOP have clearly distanced themselves from Trump’s words, most have not yet taken direct aim at the president himself. But that will come.

We are turning a corner. It will not happen overnight and there will be more difficulties ahead. But what is certain is that our better angels are being heard.

Even with this, what we must always remember is that as we turn this corner what will be waiting for us are the same challenges that have long bedeviled our nation. This struggle between the two Americas is not over and, in a real sense, never will be. While we must never lose hope that we can defeat our dark side, we must recognize that these forces of intolerance and exclusion will always be there to be challenging us anew. It is a never-ending struggle.