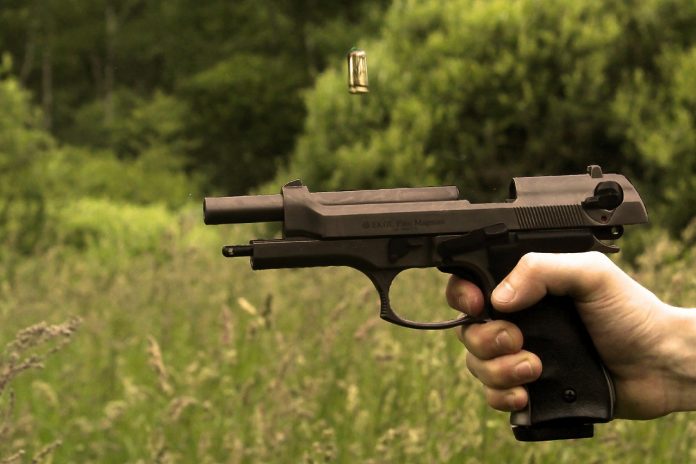 Once again, mass shootings are in the US headlines. And in the aftermath of yet another massacre of innocents, we are in the throes of what has become patterned ritual behavior.

After the initial shock, we undergo a brief period of mourning, followed by an equally brief period of soul-searching, data charts reminding us how many have died from mass shootings in the past month, year, decade, etc.; analysts commenting about what was unique or not so unique with this particular shooting; and, of course, finger-pointing at those who we believe have incited or organized the violence. We conclude the ritual by debating proposals to address the crisis.

Weeks later, it’s business-as-usual as we await the next dramatic mass shooting – which, in truth, is bound to occur since Americans experience about one mass shooting a day (there have been 250 such mass shootings already this year). Even when it’s not a mass shooting, the statistics are staggering. Last weekend, for example, while Americans were focused on El Paso and Dayton, seven were shot and killed in the city of Chicago with another 46 wounded by gunfire in separate shooting incidents.

To address this challenge, Democrats are offering a number of gun control proposals that include: a ban on assault weapons, licensing and tougher background checks for those who seek to purchase weapons. Some Republicans, who have blocked most gun control legislation in the past, appear to be warming to the idea of allowing law enforcement to confiscate weapons from individuals with a history of violent behavior. More ideological right-wingers, however, bizarrely suggest that the solution to gun violence, is more guns – in schools, movie theaters, airplanes, places of worship, etc.

While I believe that the gun control proposals make sense, I remain convinced that we are missing a fundamental point. Congress can and should pass an assault weapon ban and universal background checks for prospective gun purchasers. There is no earthly reason why anyone should possess what was designed as a weapon of war. And if you must get a license to drive an automobile, why would we ever allow anyone to purchase a weapon without a license or a background check?

But these sound proposals alone will not solve the problem. Nor will the rather bizarre proposals from gun advocates that we turn our schools and other public places into maximum security facilities with armed guards and kindergarten teachers carrying concealed weapons, or that we allow airline passengers to carry weapons – thereby creating a “mutually assured destruction” stand-off on planes, movie theaters, places of worship, etc.

No, our problem isn’t just that our guns are too sophisticated for our own good (which they are) or that we don’t have enough of them. Our problem is simpler and deeper. It is our “gun culture” and guns, period.

My generation grew up playing “cowboys and Indians” or “cops and robbers”. If we didn’t have cap pistols or toy rifles, we simply improvised with a pointed finger, a thumb trigger, and “pow, pow, you’re dead”. Today’s children do not play these games. Instead, their guns exist in the virtual reality of video games in which they act out more fanciful tales of space invaders and fantasy futuristic heroes, all possessing more potent weapons. But they will also make do, when necessary, with sticks or fingers morphing them into weapons possessed of all sorts of magical and destructive powers.

Let’s face it – from cradle to grave we are fed a steady diet of guns and violence. From cartoons, Westerns, or cop shows, to video games and Quentin Tarantino’s “bullet and blood fests”, guns and shooting and killing are ingrained into our “deep culture”. Like “Mom and apple pie”, guns have become part of who we are as a nation.

There is a scene in the film noir cult classic “Gun Crazy” where Bart, the film’s main character, as a young boy is shown staring longingly into a store window. The object of his desire is a six-shooter. Unable to resist its call, he shatters the glass and attempts to steal the weapon, only to be arrested in the act.

The next scene has Bart standing before a judge trying to explain his obsession with guns. He tells the court, “I feel good when I’m shooting them. I feel awful good inside, like I’m somebody”. Gun Crazy Bart’s fixation with the weapon is pathological and it leads ultimately to his tragic demise.

In the wake of the 2013 mass murder of 20 little children at Sandy Hook Elementary School, after President Obama issued an Executive Order banning assault weapons and limiting gun sales, I was struck by the look on the faces of gun enthusiasts lining up to make what they feared might be their last purchase before “Obama takes our guns away.” I thought of Bart. And as I watched them sensually cradling their assault weapons or “zoned out” at the shooting range, I again thought of Bart, knowing that nothing good could come of this obsession.

When he signed his Executive Orders, Obama remarked that in the one month since the Sandy Hook massacre more than 900 Americans had been shot to death. No one should have been shocked by hearing these numbers. They are well known.

An average of 900 to 1,000 Americans have been murdered each month for years now. Almost 10,000 a year, or over 100,000 in the last decade. When suicide by gunfire and accidental gun deaths are added in, the total is more than 33,000 deaths annually, making guns one of the leading killers of Americans.

We have almost 350,000,000 guns in circulation in the US, enough to arm every American. Almost one-half of all households have firearms, with statistics showing that these households are twice as likely to suffer from gun violence than households where no such weapons exist. And while we should be concerned with assault weapons, the reality is that more than two-thirds of all gun murders are committed with handguns – and we haven’t had a serious debate about handguns in years.

We know all this. And yet there continues to be a pathological obsession not only with owning weapons, but with blocking any reasonable controls on their ownership. The powerful gun lobby, the National Rifle Association, has repeatedly stymied efforts at even modest gun control. For example, several years ago, the NRA defeated a proposal in the Commonwealth of Virginia that would have restricted residents to purchasing just one gun per month. The modus operandi of this lobby is simple and direct. They allow no discussion, no compromise, no concessions, and tolerate no wavering or signs of weakness. And they mask their deadly advocacy with the Constitution, arguing that what is at stake is the very survival of America’s freedoms. In the process, they further inflame the passions of their adherents, making taboo not only a consideration of gun control but the very discussion of guns.

In the end, we have a “gun crazy” culture, armed to the teeth, with some believing that they are the true patriots defending liberty against tyranny. Despite their rants and threats, there must be an increased public pressure demanding the passage of new laws banning assault weapons and requiring background checks. But until we have a prolonged and serious national discussion about our sick love affair with guns and purge ourselves of this pathological obsession, we will only be skirting around the edges of an issue that is killing us – every day.