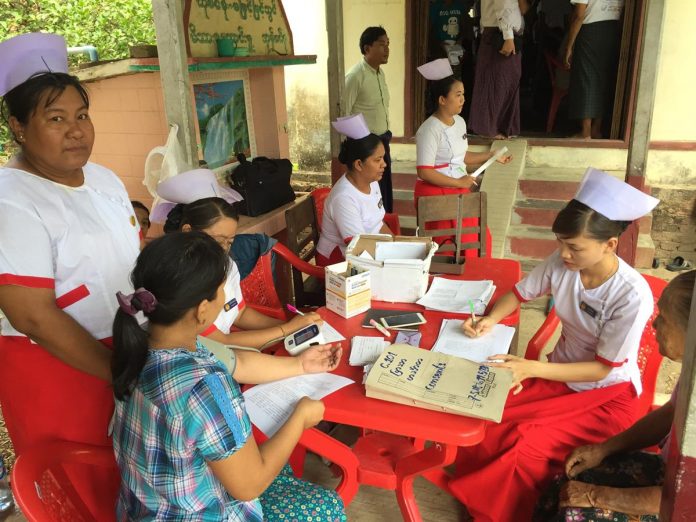 Prior to the COVID-19 pandemic, many countries were making steady progress in tackling tuberculosis (TB), with a 9% reduction in incidence seen between 2015 and 2019 and a 14% drop in deaths in the same period. High-level political commitments at global and national levels were delivering results. However, a new report from WHO shows that access to TB services remains a challenge, and that global targets for prevention and treatment will likely be missed without urgent action and investments.

Approximately 1.4 million people died from TB-related illnesses in 2019. Of the estimated 10 million people who developed TB that year, some 3 million were not diagnosed with the disease, or were not officially reported to national authorities.

“Equitable access to quality and timely diagnosis, prevention, treatment and care remains a challenge,” said Dr Tedros Adhanom Ghebreyesus, Director-General of WHO.  “Accelerated action is urgently needed worldwide if we are to meet our targets by 2022.”

Funding is a major issue. In 2020, funding for TB prevention, diagnosis, treatment and care reached
US$ 6.5 billion, representing only half of the US$ 13 billion target agreed by world leaders in the UN Political Declaration on TB.

The COVID-19 pandemic and TB

Disruptions in services caused by the COVID-19 pandemic have led to further setbacks.  In many countries, human, financial and other resources have been reallocated from TB to the COVID-19 response. Data collection and reporting systems have also been negatively impacted.

According to the new report, data collated from over 200 countries has shown significant reductions in TB case notifications, with 25-30% drops reported in 3 high burden countries – India, Indonesia, the Philippines – between January and June 2020 compared to the same 6-month period in 2019. These reductions in case notifications could lead to a dramatic increase in additional TB deaths, according to WHO modelling.

However, in line with WHO guidance, countries have taken measures to mitigate the impact of COVID-19 on essential TB services, including by strengthening infection control. A total of 108 countries – including 21 countries with a high TB burden – have expanded the use of digital technologies to provide remote advice and support.  To reduce the need for visits to health facilities, many countries are encouraging home-based treatment, all-oral treatments for people with drug-resistant TB, provision of TB preventive treatment, and ensuring people with TB maintain an adequate supply of drugs.

“In the face of the pandemic, countries, civil society and other partners have joined forces to ensure that essential services for both TB and COVID-19 are maintained for those in need,” said Dr Tereza Kaseva, Director of WHO’s Global TB Programme. “These efforts are vital to strengthen health systems, ensure health for all, and save lives.”

A recent progress report from the UN Secretary General outlines 10 priority actions for Member States and other stakeholders to close gaps in TB care, financing and research, as well as advance multisectoral action and accountability, including in the context of the COVID-19 pandemic.

Note for the editors

In 2014 and 2015, all Member States of WHO and the UN adopted the UN Sustainable Development Goals (SDGs) and WHO’s End TB Strategy. The SDGs and End TB Strategy both include targets and milestones for large reductions in TB incidence, TB deaths and costs faced by TB patients and their households.

TB is included under Goal 3 Target 3.3 of the SDGs which aims to “end the epidemics of AIDS, tuberculosis, malaria and neglected tropical diseases” by the year 2030.

Efforts to step up political commitment in the fight against TB intensified in 2017 and 2018 culminating, in September 2018, in the first-ever high-level meeting on TB at the UN General Assembly. The outcome was a political declaration in which commitments to the SDGs and End TB Strategy were reaffirmed. The UN Political Declaration on TB also included 4 new targets for the period 2018-2022:

According to the new report, the WHO European Region is on track to achieve key 2020 targets of the WHO End TB Strategy, with reductions in incidence and deaths of 19% and 31%, respectively, over the last 5-year period. The African Region has also made impressive gains, with corresponding reductions of 16% and 19% in the same timeframe. On a global scale, however, the pace of progress has lagged, and critical 2020 milestones of the End TB Strategy will be missed.

As in previous years, most available TB funding (85%) in 2020 came from domestic sources, with Brazil, Russian Federation, India, China and South Africa providing 57% of the global total.  International donor funding increased from US$ 900 000 in 2019 to US$ 1 billion in 2020. The Global Fund to Fight AIDS, Tuberculosis and Malaria was the single largest source of international TB financing in 2020, while the United States remains the biggest bilateral funder of efforts to end TB.

Reaching the 2030 global TB targets will require technological breakthroughs by 2025. The world needs affordable and accessible rapid point-of-care tests, as well as new, safer and more effective treatments and vaccines. To meet these challenges, Member States called on WHO in 2018 to develop a Global strategy for TB research and innovation that lays out key steps that governments and non-state actors can undertake. The strategy was adopted by the World Health Assembly in August 2020.

Further progress towards ending TB will depend on action across sectors, underscoring the importance of the implementation of WHO’s multisectoral accountability framework on TB. In 2019 and 2020, WHO worked with high TB-burden countries to ensure the inclusion of accountability mechanisms in national budget planning and pursuing assessment during high-level missions and joint TB programme reviews with engagement of civil society representatives.

Tuberculosis (TB) , the world’s deadliest infectious killer, is caused by bacteria (Mycobacterium tuberculosis) that most often affect the lungs. It can spread when people who are sick with TB expel bacteria into the air – for example, by coughing.

Approximately 90 percent of those who fall sick with TB each year live in 30 countries. Most people who develop the disease are adults, and there are more cases among men than women.

TB is preventable and curable. About 85% of people who develop TB disease can be successfully treated with a 6-month drug regimen; treatment has the added benefit of curtailing onward transmission of infection.

Since 2000, TB treatment has averted more than 60 million deaths – although with access to universal health coverage still falling short, many millions have also missed out on diagnosis and care.