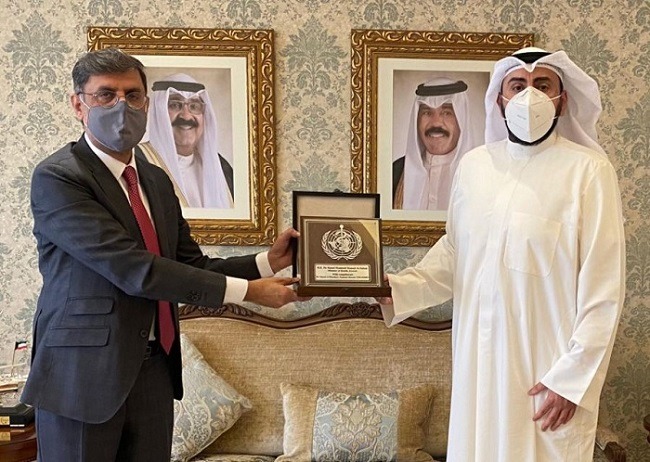 Kuwait (UNA-OIC) – The official opening ceremony of the World Health Organization’s (WHO) permanent office in Kuwait will be held on Tuesday, the Ministry of Health said on Sunday.

This came in a press release after a meeting between Kuwait’s Minister of Health Sheikh Dr. Basel Al-Sabah and WHO Representative in Kuwait Dr. Assad Hafeez, on the occasion of taking office as the first permanent representative of the UN health agency in Kuwait.

The meeting highlighted the deep relations between the WHO and the State of Kuwait as well as the axes and areas of strengthening them through the joint cooperation strategy for the coming period and the role of the WHO resident representative in this regard.