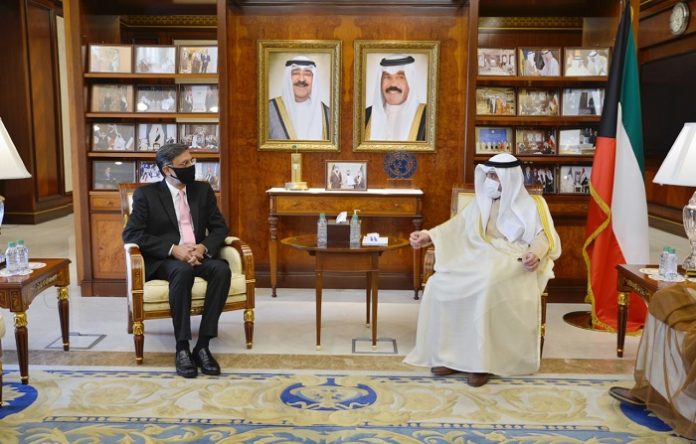 In the reception ceremony held at the Foreign Ministry on Sunday, Sheikh Ahmad Al-Nasser wished the newly appointed WHO official success during his tenure. He also hoped that both sides would pursue means to further progress and bolster relations.